Senator-elect Art Linares on the campaign trail this fall.

Republican Art Linares may not be well known by many of the state’s  Latinos, but he made history recently when he became one of two Latinos elected to the State Senate for the first time in 194 years.
New to the Connecticut political arena, the 23-year-old novice politician and business owner  speaks in general platitudes and is still formulating his detailed plan of what he wants to do for the 33rd District once he gets to the General Assembly.
Linares was one of three Latino candidates in the state that received help from a national GOP initiative called the “Future Majority Project,” which hoped to get 100 Latino Republicans in elected offices across the country.  In Connecticut, Malvi Garcia-Lennon ran unsuccessfully for the Senate District 2 seat against African-American veteran legislator Eric Coleman and Hector Reveron waged a losing campaign in East Hartford in Senate District 3 against longtime state Sen. Gary LeBeau.  It is not clear how many of the project candidates won elsewhere because calls for comment were not returned.
Linares said the Future Majority Project was a “good opportunity for Latinos to think about running for office. We are growing in population and it’s important we also have a voice. But this is really more about how we can get more people in general involved in the political process.  My culture has a Cuban background and I think it’s important that other like me get a chance to be heard in Hartford.”
He attributed hard work to his success at the polls. “I knocked on 10,000 doors, I made personal phone calls, I shook as many hands as I could and I listened to people’s concerns,” he said. “My pledge was to put the people first, and working extremely hard was what helped us win the election.”
Linares,  who at 19 opened a solar energy business based in Middletown which has since flourished, and now services businesses and municipalities in three states, won in a three-way race. His Green Party opponent ran one of the strongest third-party campaigns in the state – taking about 9 percent of the vote. That appeared to be the difference in helping Linares take away what was presumed to be a safe Democratic seat.
The Linares campaign included more than 50 high school volunteers and more than 50 family, friends and seniors all making calls to garner him support. “We couldn’t have done it without them. We had a positive energy that really pushed us over,” he said.
Linares counts among his mentors two heavyweight national GOP figures: his mentors, New Jersey Gov. Chris Christie and fellow Cuban-American, Florida Sen. Marco Rubio. In 2010, Linares went to work for Rubio in the newly elected Floridian’s Washington office.

Linares attributes victory to knocking on 10,000 doors (and wearing through at least three pairs of shoes)

The young Republican, who has no prior government experience, said one of his biggest concerns is affordability in the state and helping seniors on a fixed income.
“We need to make sure we can try to make taxes affordable. I haven’t even been to Hartford yet, but once I get there, I’ll try to get the price of gasoline down, and taxes on clothing less than $50. We need to help small businesses, industry and manufacturing by easing overbearing regulations so they can grow and help more people by creating jobs.”
One way to make life more affordable for Connecticut residents is to lower the price of gasoline, he said. This could be done by using money from a reformed public elections financing system, he proposed. According to data from the State Elections Enforcement Commission, Linares received $91,290 in public campaign financing. His opponent, state Rep. Democrat Jim Crawford, received $128,780 in public funds (because he was in a primary).
“Senator-elect Art Linares epitomizes the American Dream. His election to the state Senate is nothing short of historic and he will continue to make his party proud, his Latino heritage proud, and his constituents proud,” said Senate Minority Leader John McKinney (R-Fairfield). “I have always believed that the way someone runs a campaign is a good indicator of how they’ll perform in office. In Art’s case, he has demonstrated an unparalleled work ethic and enthusiasm for public service; and he truly listens to the people in his district.
“I look forward to working with Art to advance a number of important initiatives to make living and working in Connecticut more affordable. And I look forward to Art’s insight about how Connecticut Republicans can better serve the Hispanic community.”
Linares will represent the towns of Chester, Clinton, Colchester, Deep River, East Haddam, East Hampton, Essex, Haddam, Lyme, Old Saybrook, Portland and Westbrook. He says, “The most important thing is that I communicate to the people in the district and reach out to the selectmen in the towns and all the representatives, regardless of their party.” 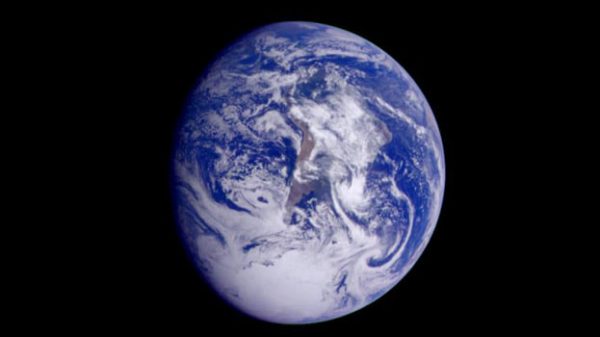