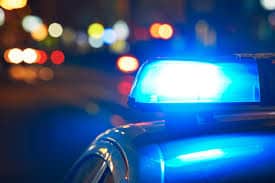 An analysis of 2017 police traffic stops found that Latino and black drivers were pulled over at higher rates and were treated more harshly than their white counterparts.

A report released by the Central Connecticut State University’s Institute for Municipal and Regional Policy examined about 542,000 traffic stops made by local police during 2017.

Minorities were treated differently than whites, in many cases, after being pulled over, the report said.

The data showed there were large and statistically significant disparities in how minorities were treated statewide during a traffic stop.

“The new post-stop test for differential outcomes provides compelling evidence that minority motorists receive different dispositions (tickets, warnings, searches) after a stop is made, even after we condition on the basis for the stop and other potentially confounding factors,” the study authors wrote.

But overall, progress was made by many police departments to reduce disparities in the decision to stop non-white motorists. However, minority motorists are treated harsher than white motorists overall, according to the study.

Latinos and blacks were less likely than whites to only receive a warning for equipment violations. They were more likely to be searched after being stopped for violations involving registration, license, wearing seat belts and using cellphones while driving, the report said.

“This year’s report is evidence that we are making progress in addressing our racial and ethnic disparities, but more work is needed to achieve the goal of eliminating disparities and to increase trust between police and the communities they serve,” William Dyson, chair of the Racial Profiling Advisory Board.

The report found that Fairfield, Derby, Meriden, Wethersfield, and State Police Troop C and K had statistically significant racial or ethnic disparity in traffic stops. Fairfield and Derby hadn’t been identified in previous years. Meriden did make progress with fewer racial and ethnic disparities this year, while Wethersfield remains fairly consistent, according to the study’s authors.

The Wethersfield Police Department is the only agency statewide that have been named in all four annual reports. Police Chief James Cetran, who is a critic of the report analysis, said the reports do not fully account for large numbers of minorities from neighboring Hartford who drive into Wethersfield each day.

The new statewide traffic stop numbers appear to show little progress has been made, said Scot Esdaile, president of the Connecticut State Conference of the NAACP.

“This has been going on too long and we’re not seeing meaningful change.

“This has been going on too long and we’re not seeing meaningful change,” Esdaile said. “The bottom line is that law enforcement needs to be held accountable.”

Connecticut is one of only a few states that collect statewide data on traffic stops. The data collection is mandated by a 1999 state law aimed at preventing racial profiling.

Cheshire Police Chief Neil Dryfe, who serves on a state advisory board that oversees the requirements of the 1999 law, said that law enforcement officials are still concerned that many factors that affect stops are not being considered by the analysts, including drivers from cities with large minority populations traveling into nearby towns with lower percentages of blacks and Latinos.