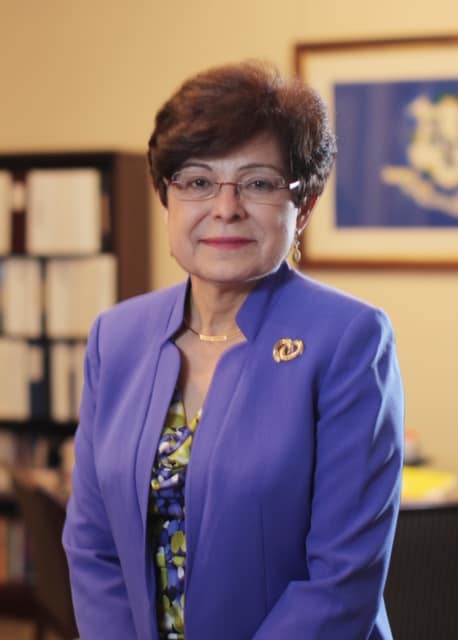 Among the inductees is Dr. Zulma R. Toro, president of Central Connecticut State University — the first woman and Latino to lead the university. She assumed the leadership role at CCSU in 2017, becoming the university’s 13th president.

The other inductees are:

“Their noteworthy contributions serve to inspire and encourage future generations to excel.”

“The IHHF Class of 2019 is a diverse group of remarkable individuals who embody the kind of perseverance, scholarship, and achievement that have made our world a better place,” said Andre Blaszczynski, long-time Tunxis Community College Professor of Economics, co-chair of the IHHF Planning Committee and President of the Polish American Foundation of Connecticut.

Lt. Gov. Susan Bysiewicz will give the keynote address. The evening will also include performances reflecting the Puerto Rican, Jewish, Polish and Chinese heritages of the inductees.

The 7th Annual Induction Ceremony and Gala will be held on Sept. 26 at the Aqua Turf Club in Southington. The event is open to the public. Tickets are $95 per person. For more information on the ceremony, or to purchase tickets, go to https://www.immigrantheritage.org/.

The newest inductees bring to 31 the number of individuals who have been inducted into the Immigrant Heritage Hall of Fame since its inception in 2013.

Bill Sarno/CTLatinoNews.com For the first time, a family and  Latinos were inducted the CT Immigrant Heritage Hall of Fame this past...