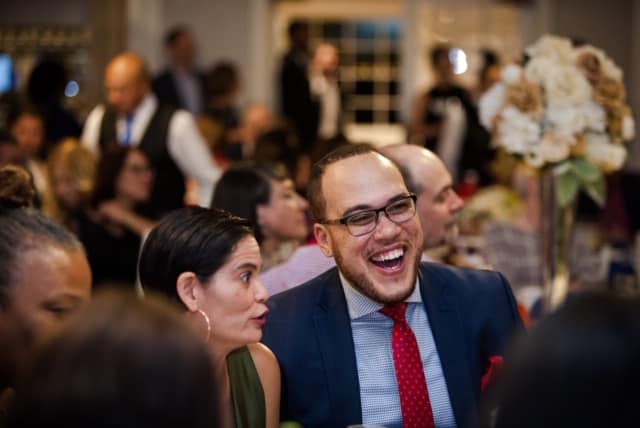 Junta for Progressive Action, an organization championing the advancement of the Latinx community celebrated its golden anniversary in style this September.

As part of the festivities, Executive Director Daniel Reyes led the honoring of Junta’s founders with four awards named for them.

Since 1969, Junta’s mission has been to collaborate with Latinx communities in the Greater New Haven area in advancing the social, economic and civic environment for all, while embracing Latinx cultural traditions.

Hugo Balta, Publisher and Executive Editor of CTLatinoNews.com was the event’s Master of Ceremonies. Balta emphasized the success of The Neighborhood Place after school program and Junta’s tireless efforts in helping Hurricane Maria displaced families.

He added a personal anecdote likening Junta to his father putting him on his shoulders as a child in order for him to get a better vantage point. “Junta puts the community on their figurative shoulders in order for people to reach higher and see further than they would on their own two feet”, said Balta. “Junta is the foundation from where collaboration in reaching goals is accomplished for the benefit of individuals and the community”, he added.

Caraballo was given the Pura Delgado Leadership Award named after her mother. Delagado joined her daughter at the podium to the adulation of the audience.

In this article:JUNTA for Progressive Action

When 60 inner-city kids are dropped off at Big Turtle Village summer camp in Devil’s Hopyard State Park in East Haddam this summer, they’ll...