By Cara Kenefick
CTLatinoNews.com
Connecticut’s young workforce is stuck. With high unemployment rates for young people between the ages of 18 and 24, more and more of Connecticut’s job-seekers, many of them Latinos, are caught in a catch-22 – they need experience to be hired, but no one will hire them to give them the experience they need.
According to data released in May by Young Invincibles, an organization focused on expanding work opportunities for young adults, Connecticut’s youth are in an unemployment “crisis”, which has reached 16.1 percent. The youth unemployment rate is more than twice the state average, which was lasted reported in April 2013 at eight percent. Youth unemployment nationwide for 18 to 29-year-olds was reported to be 11.6 percent in June.
The national unemployment rate for young Latinos ages 16 to 24 in May is 16.6 percent, Young Invincibles reported.
Rory O’Sullivan, Policy Director at Young Invincibles, said that, accounting for a margin of error based on small sample sizes, Connecticut Latinos ages 20-24 fared even worse, with an unemployment rate of 29.6 percent in 2011. In 2010, Latinos ages 16 to 24 had a 31.4 percent unemployment rate.
The percentage of people between 18 and 24 with full-time jobs has dropped from 54 percent in 2005 to 37 percent. What ‘s more, those holding a job at all has dropped to just above half, at 53 percent.
O’Sullivan explained how times have changed for current young job-seekers.
“If you’re someone who came of age in the 1990s, you think about your first few years of work and how that rocketed you off into a successful career by gaining early experience, skills and an understanding of how to work as a team,” he said. “In our generation, those first few years have been wiped out, and that can affect Connecticut in a lot of ways.”
According to Young Invincibles, “studies show that the inability to gain early work experience dims career prospects for a lifetime; if we do not act now, this crisis could have far-reaching economic consequences for all those living in Connecticut.”
For young Latinos who have recently graduated during the recession, lower wages and employment rates are practically inevitable for years afterward, possibly even a decade, O’Sullivan said.
Jim Boucher, Director of Strategic Development at Capital Workforce Partners in Hartford, said the youth unemployment crisis should garner “top attention” from Connecticut’s leaders in both the public and private sector. He warned that if the state does not invest in young adults, the economy could face “serious problems.”
Capital Workforce Partners aims to coordinate programs and initiatives designed to “develop a skilled, educated and vital workforce.”
Boucher noted that he was particularly concerned about addressing urban populations and getting them the work experience necessary to make themselves attractive to employers.
While it is becoming harder to stand out during the hiring process, Boucher said there are ways for young people to make themselves employable.
Businesses are looking for post-secondary degrees or credit, especially in the labor market, which is showing job growth, he said, especially for jobs in the advanced manufacturing, technology and healthcare fields, which have been seeking applicants.
Basic career competency, personal skills, familiarity with technology and job readiness are top prerequisites in any job.
Internships are one of the best ways for young people to build career experience to help with the job search, he advised. “There are a lot of organizations that work with young people to get businesses to engage with them to get that first experience.”
However, he said that despite all of Connecticut’s efforts to offer job experience, they are still seeing significant numbers of young people remaining unemployed or working part-time.
“For the foreseeable future, until there’s an effort, it won’t get better any time soon,” he said.
But, there is good news and bad news. According to Boucher, because of Connecticut’s aging workforce, the state could see a flood of job openings in the coming years. However, younger workers will not have the experience to assume those roles.
The bottom line, he said, is young workers are currently not able to get their foot in the door. “If they’re not getting experience now, the trends are not looking good.” 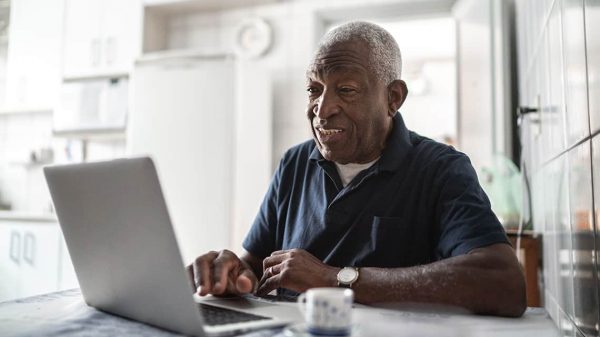 As Connecticut’s Latino communities continue to grow and thrive, a new generation of young Latinos are making a name for themselves.  They are entering new...

If a picture is worth 1,000 words, the right statistic can be a novel. None explain this theory better than the latest employment-population...