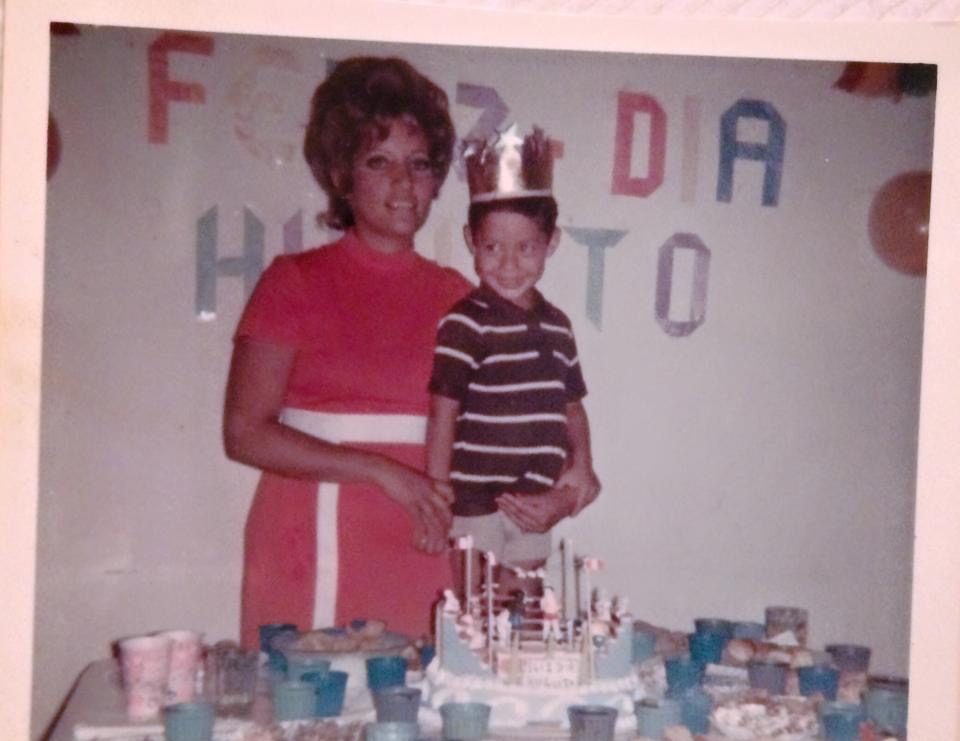 Birthdays are a big deal in my family, as I am sure it is for many Hispanic-Latino families. One of my fondest memories growing up in Paterson, New Jersey was celebrating my cumpleaños. The celebrations were filled with the usual fanfare of decorations, food, music, and people…many people. At a minimum, the number of guests surpassed twenty, and that was just my family. There wasn’t anything minor about birthdays, holidays, or weekend family get-togethers.

My parents are immigrants from Peru, and settled in Paterson because it was (and still is) a destination place for Peruvians looking for jobs and a better life in the United States.

According to the U.S. Census, about 10,000 Peruvian-Americans, Peruvians lived in Paterson in 2018. New Jersey is the state with the third largest Peruvian population at nearly 76,000. Connecticut is ranked 8th with just under 16,500 members of that community.

It didn’t take long for me to come across other Peruvians or Hispanics-Latinos when I stepped outside of my family’s second-floor apartment. I would see them at school, while grocery shopping, at the laundromat, or any of the dozens of anchor businesses. They were certainly present in the sweatshop my mother, her sisters, and my Abuelita Hortencia worked at.

I spent many summers having lunch with my mother at the garment factory. She worked long hours and the only time we could spend together during the week was at lunchtime. I can still see her walking out of the brick building soaked in sweat from the blistering heat due to the deplorable working conditions. The majority of the workers were Hispanics-Latinos. About the only thing minor at the factory was the low wages.

Hispanics-Latinos currently make up 16-percent of the overall U.S. labor market and will account for one out of every two new workers entering the workforce by 2025, according to research by the Society for Human Resource Management and the Congressional Hispanic Caucus Institute.

The first time I remember hearing the word “minority” in describing non-white people was at school. It was frequently used by professors to frame discussions around the country’s population, but it was also a negative narrative integrated into other aspects of society like employment, education, healthcare, and crime.

“Minorities” were characterized as a group of people at the bottom of society’s shoe, in need of handouts by the generosity of the establishment, the white majority.

In media, I found myself (as a Hispanic-Latino) on the wrong side of Hollywood films And television programs: servant, comedic relief, criminal. News coverage wasn’t any better. It is there where members of my community were silenced by political agendas that sought to blame them for the country’s ills in using derogatory terms like “illegal aliens” and “illegals.”

I have spent the better part of my professional life in championing for the fair treatment of Hispanics-Latinos in newsrooms and news coverage because studies like The Impact of Media Stereotypes on
Opinions and Attitudes Towards Latinos find that non-Hispanic-Latino’s perception of Hispanics-Latinos is shaped by the images they absorb in mass media.

Among the report’s discoveries were non-Hispanics-Latinos report seeing Hispanics-Latinos in stereotypically negative or subordinate roles (gardeners, maids, dropouts, and criminals) most often in television and film. They also think that Hispanics-Latinos and “illegal immigrants” are one and the same.

I wish I could say I have a winning record in advocating for change, but the scoreboard says differently. In 2013, while I served my first term as President of the National Association of Hispanic Journalists (NAHJ), the organization was successful in influencing the Associated Press (AP) to drop ‘illegal immigrant’ from its’ Stylebook in describing people living in a country illegally. The AP encouraged journalists to no longer use “illegal” to describe a person, but instead describe only an action, such as living in or immigrating to a country illegally. Many news outlets adopted the recommendation, but to date, the NAHJ still locks horns with managers (mostly non-Hispanic-Latino) who think they know better.

As this year’s Census Count will surely prove, the ethnic and racial make-up of the United States continues on a path of change.

According to the Pew Research Center, by 2055 the United States “will have no racial or ethnic majority group.” The Census Bureau expects the country will soon have more people of color than white people, and as communities continue to grow and diversify the country, newsrooms need to shift language appropriately so coverage remains accurate and fair.

That is why as President (concluding a second term), I am leading the NAHJ’s call for newsrooms to stop labeling people of color as “minorities” and as the Owner of the Latino News Network, the independent news outlet is adopting the organization’s recommendations for its New England websites: CTLN, MALN, NHLN.

As news media does some much-needed self-reflection in the aftermath of the death of George Floyd and the Black Lives Matter movement, like finally capitalizing the word “Black” when referring to Black people and culture – it is time it drops the word “minority.”

“Minority” is not only inaccurate in describing Hispanics-Latinos, but it is also offensive; a racist term used as propaganda to demean and control a rich and diverse community.

There will be white newsroom leaders across the country that probably haven’t thought twice about this. What they need to recognize is this outdated terminology perpetuates an ‘us vs. them’ narrative, and their ‘journalism’ is being delivered into homes across the country with a stereotype attached.

I am Hugo Balta, Peruvian-American.

I am the son of Hugo and Graciela Balta, immigrants from Peru.

I am not now, nor have I ever been, or will be a “minority.”