Berry season is waning, but the harvest hasn’t always been so sweet for the migrant workers who pick the fruit in fields across the United States. A conflict between Mexican migrant workers and the Japanese American family-owned Sakuma Brothers berry farm in Washington state shows just how thorny the harvest can be.

But conflicts over wages and worker rights are not unique to this time and place, or even to the berry harvest. Along with other migrant groups, workers of Japanese and Mexican heritage have been central to the story of modern American agriculture. And as field workers, farmers, tenants, strikers and scabs, their stories have intersected at many points along the way.
The last century saw several of these cross-cultural encounters: In 1933, the El Monte berry strike pitted mostly Japanese American growers and field managers against predominantly Mexican American laborers in a conflict over wages in California’s berry industry. In the 1940s, Mexican braceros filled jobs left behind when Japanese Americans were incarcerated at the height of the 1942 spring harvest. In the 1970s, the Nisei Farmers League undermined strikes organized by Cesar Chavez’s United Farm Workers union by bringing in outside workers to cross the picket lines.
While the two groups were on opposing sides in many of these encounters, there were also remarkable instances of unity. One example stands out in its demonstration of solidarity. The story brings us back to turn-of-the-century Oxnard, California. The region was experiencing a major agricultural boom, owing to the completion of the Transcontinental Railroad and a newly completed network of irrigation channels. Workers came from Mexico, Japan, India, China (yes, some Chinese workers remained despite the not subtle efforts to eradicate them), the Philippines, and even Riverside’s Indian boarding school, the Sherman Institute. This multilingual, multinational and easily replenishable workforce allowed businessmen and farm owners to keep wages low and their workers disenfranchised.
But that wasn’t always the case. The close proximity and shared experience of the diverse workforce also “promoted the creation of unexpected, and often intricate, cross-cultural relationships,” Frank P. Barajas writes in his book, Curious Unions: Mexican American Workers and Resistance in Oxnard, California, 1898-1961.

In this article:Hispanic farmers, Mexican laborers 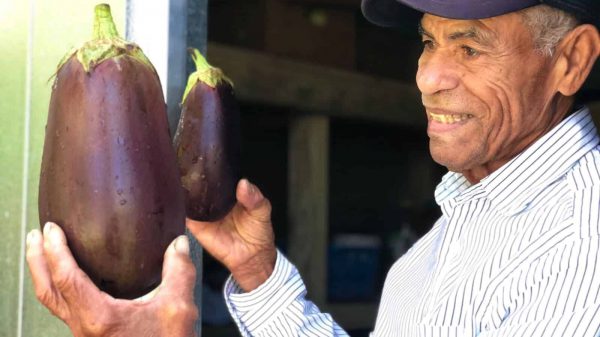 If you’re one of the many Hartford area residents who frequent the Farmers’ Market during the summer on the green, next to the Firebox...