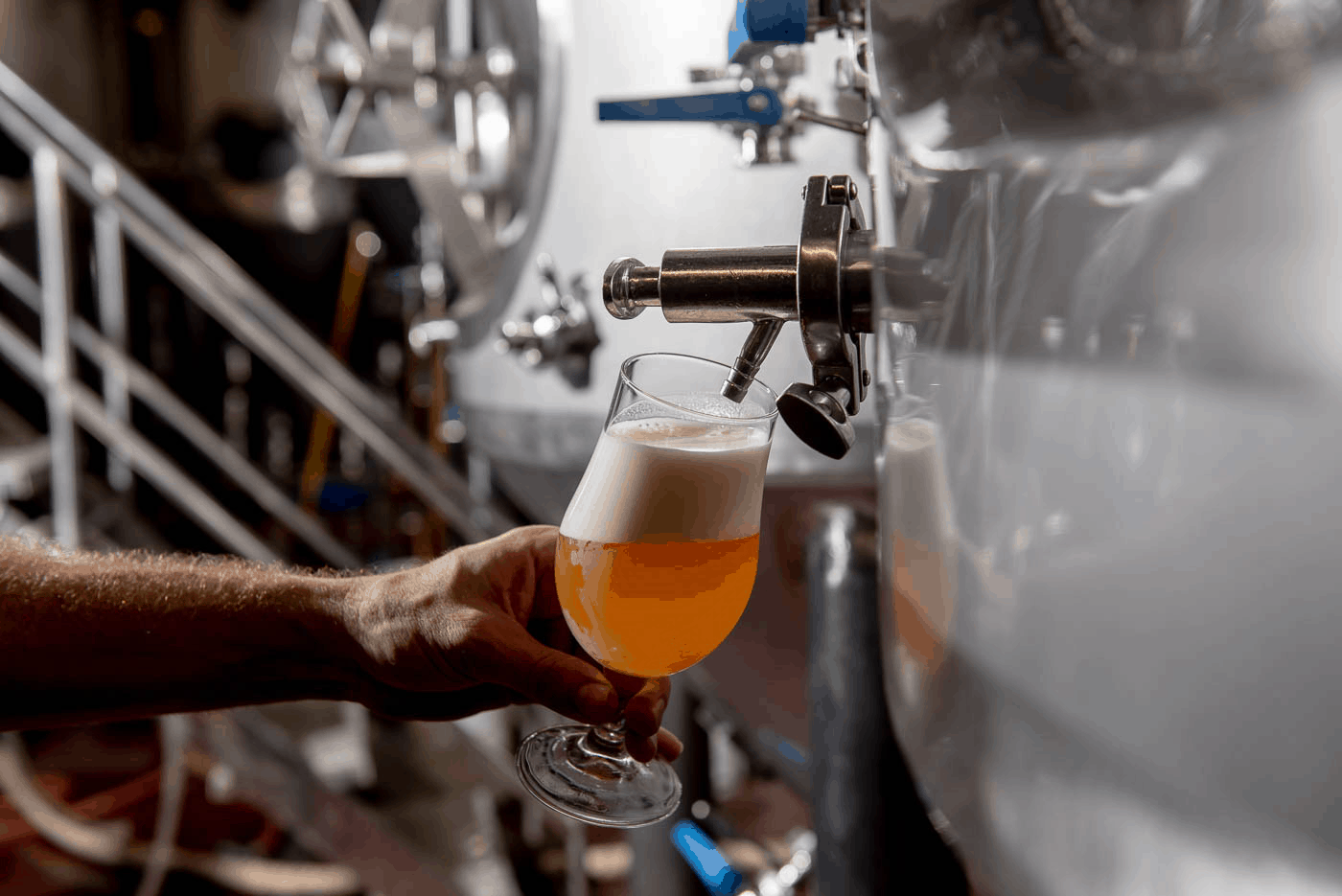 What began as a gag gift at Christmas a few years ago, has turned into the latest beer aimed at the Latino market.

La Rubia, a blonde ale, is the flagship beer created by the father-son team of “Pops” and Luis Brignoni.

Luis Sr., known to everyone as Pops, and Luis, Jr., founded Wynwood Brewing Co., in Miami. They have been in operation since 2013.

And it all began with a craft brewing kit Pops bought Luis, as a gag Christmas gift. And it may soon lead to La Rubia becoming a household name.

“Basically we came up with the idea to have a craft brewery in Miami and felt it was a great opportunity. We decided to take this idea and start our business,” Pops said.

And since opening, their business has taken off with La Rubia now being distributed in Connecticut and New York.

La Rubia, which first hit the Miami market in 2016, has been available in Hartford and New Haven for more than a month. It is also available in the Brignoni’s native Puerto Rico.

Because of their Puerto Rican roots, Pops said they wanted to aim the beer to the Latino community, and La Rubia will be available in areas with large numbers of Latinos in Hartford and New Haven.

“This is a beer made by us Latinos for Latinos. It doesn’t get more real than this.”

“We are very proud to have a Hispanic beer for our people,” Pops said.

Although Wynwood began as a family-owned and operated business, they soon hit a ceiling.

“Around 2016 we hit capacity. We couldn’t grow anymore in our current space,” Luis said.

They began looking at the options — building their own space or contracting the beer out.

Around that time, Luis said, Craft Brew Alliance (CBA) knocked on their door and proposed a deal.

That deal allowed the Brignoni’s Wynwood Brewery to brew the beer in CBD facilities so they could meet the market demand.

“We also enjoyed the fact they had sweat in the game, which was huge for us. And we got help with sales and marketing,” Luis said.

By 2017, the business began to grow very rapidly in its home market. And in 2018, CBD came back with an offer to purchase the remaining percentage in Wynwood.

As they began to talk about the potential of La Rubia outside the Miami market, talks turned to expanding its distribution.

“We started thinking what if La Rubia could play in other markets. We looked at the markets and decided with our partners on Connecticut and New York,” Luis said.

“We came to the consensus to keep it in the Hispanic market in order to share with Hispanics and Latinos,” Pops said.

But developing the perfect recipe for La Rubia took time.

“It was over the course of six months to a year making trial batches to see what I thought. Some batches were great, but not necessarily what I was looking for. And some were not so great,” Luis said.

But what makes La Rubia stand out from other Latino beers?

“I think it all starts with the name — La Rubia — a blonde ale. It’s not a lager. La Rubia, she is more flavorful, tiene sazon de sabor — light, refreshing, crisp,” Luis said. “I think she is great because she has a great name, it’s fun to pronounce — anyone can pronounce the name. The quality of the product and the liquid stands out.

When asked how they came up with the name La Rubia, Luis said, “Honestly, because it was a blonde ale. Like Pops said, we’re Boricua, and it was like ‘Hey, try this rubia. What is it? It’s a blonde ale.’”

As for the future and the creation of more beers aimed at the Latino market, Luis said, “Maybe, but now we just want to really focus on La Rubia. There is so much potential we are just scratching the surface. For right now, we want to focus on what we have.”

They do look forward to continuing growing in other markets in the future.

But for now, Luis said, “Nothing makes us more humble and proud than seeing people enjoy the beer.”