When President Obama made his latest pitch for young people to enroll for health insurance through the Affordable Care Act, he threw out all the buzzwords you’d associate with those crazy kids we all call the “young invincibles.”

He talked about Twitter, Facebook, bartenders, and college radio stations. “Host a happy hour!” he suggested.
But the president made no mention of what policy experts say is the real key to enrolling enough young Americans to make his signature health reform effort economically viable—convincing enough Hispanics to sign up.
“I think there are pretty big hurdles, but a lot is going to depend on folks talking to other folks within their local communities.”
As the youngest, fastest growing, and least likely demographic in the United States to be insured—more than 40 percent of Hispanic adults have no health insurance—Hispanics represent a huge opportunity to inject a broad swath of young, healthy adults into the health-care system.
But community activists across the country worry that a combination of cultural barriers, mixed-status families, and the delayed launch of the Spanish-language enrollment tools on HealthCare.gov could hamper their efforts to encourage Hispanics to get coverage. Although the tools were quietly posted over the weekend, the Obama administration will not officially launch the full website until January, when it is hoped last-minute problems will have been dealt with.
“The Spanish website, that’s a biggie for me, because we’re finding that a lot of people would prefer to communicate in Spanish and want bilingual information,” said Frank Rodriguez, executive director of the Latino Health Forum in Austin, Texas. “That needs to be fixed and quickly.”
But above and beyond the website issue, members of Rodriguez’s group have been working for more than two years to prepare for what they knew would be major challenges to Hispanics enrolling for health coverage.
“We knew it would be daunting,” he said, describing a Hispanic community in central Texas that was often misinformed about the law’s benefits, unaware of possible tax credits to make coverage more affordable, and wary of sharing personal information with the federal government, especially financial information if they’d been paid in cash in the past.
“They are the working poor. They are the ones within the 100 to 150 percent of poverty level that will capture the subsidies,” Rodriguez said. “I think there are pretty big hurdles, but a lot is going to depend on folks talking to other folks within
To read full article: http://hispanicnewsonline.us/?p=1251#.UqXQGsb6JcI.twitterHispanicnews 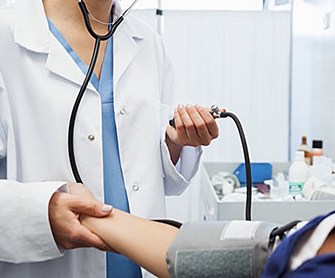 The two founded Camino Financial, an online lending web site that helps connect small business owners who are first-time borrowers or who...