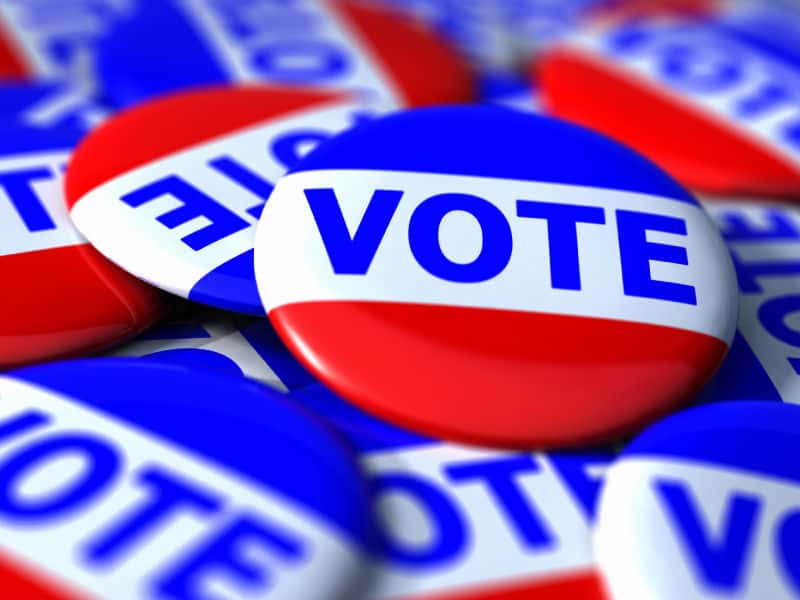 Aundre Baumgardner was among the Republican rising stars in 2014 when at the age of 20 the Groton resident became the youngest person ever elected to the Connecticut state legislature.

Two years later, Baumgardner, whose heritage is Hispanic and African-American, lost his re-election bid to Joe de la Cruz in a district comprised of his hometown and part of New London.

On Election Day 2019, Baumgardner recast as a Democrat, rekindled his political potential, being elected to the Groton Town Council and receiving the second-highest tally among seventeen candidates.

Baumgardner’s electoral comeback was one of the high points for Latino candidates who did well in several towns outside their main bailiwick, the state’s largest cities such as Bridgeport, Hartford, and New Haven.

The steady rise of Latino representation on the municipal level included the gain of one seat in a hotly contested Danbury election where both parties ran Latino candidates. One Republican and two Democrats won City Council seats. In Bristol, Scott Rosado became the first Hispanic to win a City Council election.

In the state’s cities with the largest Hispanic populations, incumbent white mayors ruled the day with the exception of New Haven where newcomer Justin Elicker won.

In Hartford, former Mayor Eddie Perez drew about 12 percent of the votes as a petitioning candidate, finishing well behind incumbent Mayor Luke Bronin who had defeated the Puerto Rican political veteran in the Democratic primary.

As for the future, Miguel Castro, a Meriden council member and chairman of the Connecticut Hispanic Democratic Caucus observed: “The U.S. Hispanic population reached 59.9 million in 2018, up from 47.8 in 2008. A record 32 million Latinos are projected to be eligible to vote in 2020 which is indicative of a significant turnout in this 2019 local elections that will set the tone for 2020. The Hispanic voters have brought a mighty benefit to elect the candidates that reflect our values and demographics.”

Below are the results of many of the contests where Latino candidates were on the top of the ballot, running for municipal governing body and school board seats.

Newcomer Leslie Navarrete, a Democrat, trailed by seven votes in a tight battle for two Board of Alders seats. This margin would qualify her for an automatic recount according to Democratic leaders. Moreover, she was only 11 votes behind the top vote-getter, another Democrat.

Democrat Mike Urrunaga, a first-generation Peruvian-American who works at ESPN, came in fifth among six candidates for Town Council, with the Republicans winning all three seats. He would have been the first Hispanic elected to the council.

Democrat Scott Rosado became the first Hispanic elected to the City Council. In unofficial tallies, he pulled in 2,197 votes in District One, the highest total of any of the six council winners. Rosado had been appointed earlier this year by Mayor Ellen Zoppo-Sassu to fill a vacant council seat and this was his first run for a full term.

A few years ago, Mayra Berrios faced a similar situation having been appointed to the council, but she did not win in the general election.

Three Latinos appear to have been elected to the City Council, incumbents Elmer Palma, a Republican, and Democrat, Farley Santos, as well as  Democrat Roberto Alves, won an at-large seat.

Going into Tuesday’s election only two Latinos were on the council, Palma, a native of Central America who has represented the Second Ward for several terms, and Santos, a Brazilian-American Democrat, who represented the Fourth District.

Several Latinos were on both parties tickets and in the citywide race for seven at-large council seats, which included the cities first two Ecuadorians to run for these posts, both lost, Alves was one of three Democratic winners in a relatively close contest.

One Hispanic Democrat observed, “It was great to see so many Latinos more engaged this time.”

In the end, the GOP clung to an 11-10 majority on the council, down from 14-7, and Republican Mayor Mark Boughton won a record tenth term.

Caroline Torres, a Republican incumbent, was defeated as Democrats swept the six council seats. Ram Aberasturia, a Cuban-American Democrat who had served several terms on the council, did not seek re-election.

Bill Salazar, who was born in Mexico, was easily elected to the Board of Education in a Republican sweep.

Aundre Baumgardner, a former Republican member of the state House, won his first election as a Democrat, capturing a Town Council seat along with Juan Melendez.

Last year, Baumgardner was appointed to the council to fill a vacancy.

Baumgardner, whose background is Panamian, Puerto Rican and African-American, was elected to the state seat in 2014 at the age of 20.

He was defeated in 2016 and left the GOP in 2018 in reaction to the party’s silence after the Charlottesville, VA white supremacist rally and turmoil. He viewed the Republican silence on this incident as complicity.

Incumbent Wildaliz Bermudez of the Working Families Party won re-election to the Council under the minority representation rule. She currently serves as minority leader and was the top vote-getter on the WFP ticket. All six Democrats were elected including Hispanics Nick Lebron, Maly Rosado, and James Sanchez.

Republican Gonzo Garcia Pedroso, a South Kent School administrator, lost a race for a school board seat by 161 votes.

Democrat Yolanda Castillo was re-elected to the Board of Directors and Emily Luna was the top vote-getter in the Board of Education race.

Democrat Michael Cardona won his second term on the council. Another Democrat, Yvonne Jimenez, was unsuccessful in her try for town clerk.

Incumbent Willie Pabon helped the Republicans gain control of the Board of Alders. Hispanic Democrats Manny Sanchez, Richard Reyes, Iris Sanchez, and Francisco Santiago, along with Kristian Rosado, who runs as “undecided,” were also re-elected.

Democrat Diana Carpio won a Board of Election seat and was the second-highest vote-getter in the field. Eloisa Melendez, who was elected to the council at the age of 19 and served three terms, did not seek re-election.

Democrat Cesar Lopez was re-elected to the Town Council.

Candidates with Puerto Rican backgrounds were on three party lines. Democrats Nectalis Martínez winning a Town Council seat from the Willimantic Taxing District and Catina Cabán-Owen was elected to the Board of Education. Suzanne Tirado was elected to Board of Assessment Appeals, but former councilman James Flores, running on the Green Party slate, unsuccessful in his run for the Zoning Board of Appeals.