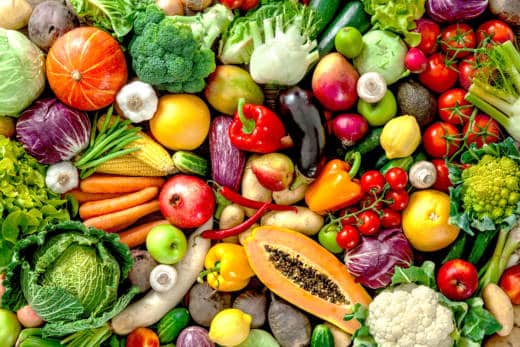 Assortment of fresh fruits and vegetables

A collaborative study released earlier this year by researchers in Connecticut found a strong connection between food insecurity and insulin resistance, the underlying problem in type 2 diabetes.

Latinos, who are disproportionately affected by type 2 diabetes, food insecurity is linked to the development and progression of the disease, according to findings in the Journal of Nutrition.

Most parents know that their kids should eat lots of fresh veggies to stay healthy. But that’s often easier said than done. According to one study, about one in five parents of one-year-olds reported that their toddlers ate no vegetables at all on the days they were surveyed. Now scientists say they have a way to help kids eat more of the good stuff.

If you have a picky eater, you know mealtime can be a struggle! Now a new study shows there may be a simple way to help your kids eat more veggies. Researchers in Australia examined 32 families with children between ages four and six who didn’t eat a lot of fresh vegetables. They found that when the families offered the kids a small amount of multiple vegetables repeatedly, the children ate more vegetables. In fact, they went from eating half a serving to more than a full serving. But those who were offered a single vegetable repeatedly, such as broccoli at each meal did not increase their vegetable consumption.

These findings suggest that parents should keep serving a variety of vegetables to their kids, even if they refuse to eat them. Other ways to encourage healthy habits. Use positive encouragement and do not force your child. They only need to taste a small amount in order to build up a liking over time. Set a good example by eating veggies yourself. Offer low-fat salad dressings and dips.

The authors of the study say while the number of vegetables increased during the study, it still didn’t meet dietary guidelines. According to the USDA, children who are four to eight years old should have one and a half to two and a half cups of veggies per day.

Produced by Child Trends News Service in partnership with Ivanhoe Broadcast News and funded by a grant from the National Science Foundation.