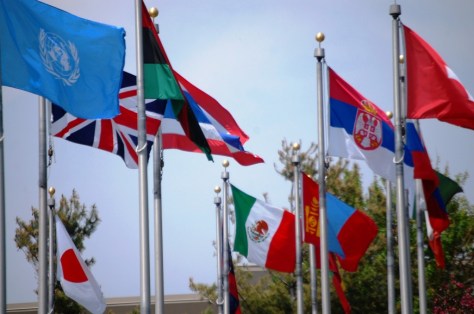 Which countries have the most promising crops of leaders coming up through the ranks today, and where in the world are there more young people likely to develop into leaders tomorrow? And how can leadership be measured at all? SHL, a U.K.-based talent management consulting firm, has just released a study that aims to provide answers to those questions.
A giant in the world of employee assessments, SHL has more than 10,000 clients in over 100 countries, ranging from consulting firms Deloitte and KPMG to airlines like Cathay Pacific, multinationals like Unilever and public sector organizations like the United Nations and the European Personnel Selection Office, which does the hiring for the European Commission.
This year, executives at SHL decided to mine data from past employee assessments and try to shed some light on the leadership potential in the many countries where it works. This morning it released a list of the countries it believes have the greatest percentage of effective leaders, and those that it sees as most likely to develop leaders within the next three to five years. The country with the most leaders today: Hong Kong, which the report treats as a separate country, though it is an administrative region of mainland China. The country with the most future leaders: Mexico.
SHL used data from 1.05 million client surveys that it gathered from 2006 through 2011, to come up with its list. It focused on eight different skill areas to measure leadership capability: initiating activity and deciding, supporting and cooperating, interacting with and presenting to others, analyzing and interpreting data, creating and conceptualizing ideas, organizing and executing plans, adapting and coping with others, and finally, performing and achieving.
In Hong Kong, 14% of those surveyed show strength across all categories. Next comes Germany, with 13.4%, then the U.K. with 10.3%, Australia with 10%, and in fifth place, the U.S., with 9.9%. That list may not be surprising. But the countries with the most leaders waiting in the wings is less expected. After Mexico, with an impressive 53.9% of people scoring as future leaders, comes Turkey, with 49.5%, Egypt with 44.1%, Switzerland with 43.4% and Brazil with 41.8%. The U.S. drops down to eighth place on the leadership of tomorrow list, with 41%.
While the big emerging market countries of India and China don’t make the top 25 countries SHL says are supplying leaders today, they are both on the list of countries nurturing tomorrow’s leaders, with India above the U.S. at number six, with 41.3% of those surveyed meeting the criteria and China in the 25th slot, with 34.3%.
Eugene Burke, chief science and analytics officer at SHL in London, explains that to rank as incubators of tomorrow’s leaders, countries need to score well in just a couple of categories, rather than in all eight. In India and China, Burke says that many employers have encouraged people to perform well at delivering services and competing for outsourced work.
To read the full story:  http://www.theyucatantimes.com/2014/08/mexico-is-the-country-with-the-most-future-leaders-forbes-magazine/