A new musical based on the life of seven-time Grammy winning singer Gloria Estefan and her husband, Emilio, a music, television and film producer, will debut on Broadway next year, producers of the show said on Monday.
“On Your Feet!” is set to open on Nov. 5, 2015, and will chronicle the couple’s story and her journey, from leaving Cuba to finding international success.
The couple is working with the Nederlander Organization and producer Bernie Yuman and began an international search for new talent to play the lead roles. They will also hold casting calls next month in Miami and New York.
“Finding the right performers to tell our story on the Broadway stage is the most important step in this project,” Estefan, 56, said in a statement.
“Our journey together started in Miami, a city that has been an inspiration to us both, and it only felt right that the city be a cornerstone in our search for the next generation of bright talent.”
The show will be the latest in a list of jukebox musicals on Broadway, including Tony-winners “Beautiful – The Carole King Musical” and “Jersey Boys,” about the 1960s group The Four Seasons.
Estefan, one of the most successful Latin crossover stars, has sold more than 100 million albums worldwide. Her hits include “Conga,” “The Rhythm is Going to Get You” and “1,2,3.”
To read the full story:  http://in.reuters.com/article/2014/08/18/people-gloriaestefan-idINL2N0QO14420140818

In this article:Broadway and Hispanics, Gloria Estefan 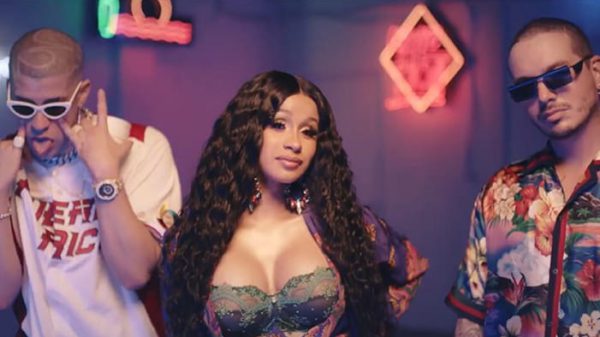 Cardi B: A Grammys Favorite, Okurrr!

Dominican-Trinidadian-American, Cardi B is a favorite to win Record of the Year for her smash hit “I Like It,” one of five Grammy Awards...