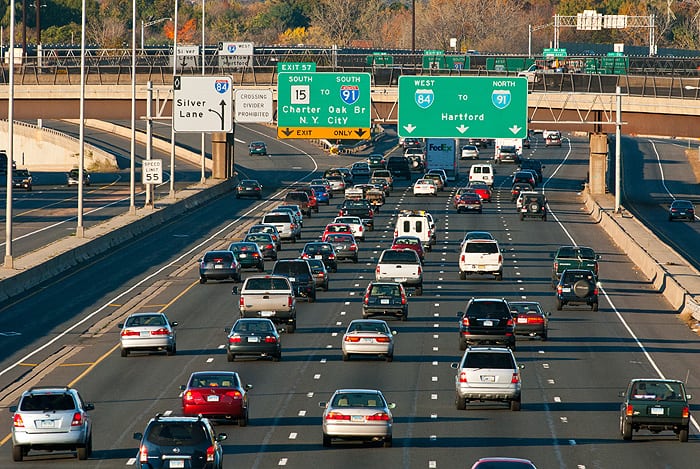 As the weather begins to warm up and Connecticut’s 2.5 million drivers begin to hit the road for weekend getaways, it’s time to start getting your car ready for summer fun.

In addition to being prepared for congested roads, AAA has a few recommended steps to get your car ready.

The first may seem like common sense, thoroughly clean the car’s exterior. The salt and sand used to de-ice major roads during the winter can be highly corrosive to metal, according to AAA. And it has the potential to damage the vehicle’s drivetrain.

Before changing from snow tires to regular tires, thoroughly rinse the area. Next you should apply lubricant to the threads of the lug nuts to prevent them from getting stuck, according to AAA. And even if you didn’t use snow tires, AAA said it’s a great preventative measure to help avoid issues down the road.

Because spring means no snow and ice on the roads, people will naturally tend to drive faster. Inspecting the brakes is vital to preventing problems.

If the thought of hitting the road sounds freeing, remember you are sharing the road. According to statista.com, in 2016 the state had roughly 1.4 million registered vehicles.  And with so many vehicles, chances are instead of flying down the highway, you’ll be stuck in traffic.

A 2016 report by the Connecticut Department of Transportation found recurring delays over a 47-mile stretch of I-95 between New Haven and the New York stateline. Those delays last more than four hours during the morning and evening rush hours. The report found that I-84 in Hartford also suffered from traffic congestion.

In 2018, traffic data company INRIX ranked Stamford as the 17th most gridlocked city in the United States.  People commuting by car to Stamford spent an average of 41 hours stuck in traffic in 2017. And it’s not just lost time, delays came at a cost of $1588 per driver per year. Bridgeport and Danbury ranked 57and 58, respectively and drivers spent 20 hours per year in congestion.

During winter, moisture seeping into your car’s interior is common. Removing the moisture will prevent corrosion, mold spore growth and electrical system wear. First, look for signs of window fogging on the inside, the smell of mildew inside or water accumulation under the spare tire. According to AAA, if you notice any of these there may be a water leak and should clear the moisture to prevent future problems.

Check the oil and other fluids

Be sure to check the car’s oil making sure it’s an amber color. If it’s black it times to change the oil. Also check the antifreeze. Antifreeze levels should be kept full year-round. In addition to preventing the water in the cooling system from freezing, it also prevents it from corroding, lubricates the water pump, and raises the boiling point of the water.

While checking the antifreeze, be sure to check all the other fluid levels — including transmission, power steering, brake and windshield washer fluids. If any are low, top them off.

Perhaps most importantly, check the car’s battery and battery connections. In addition, make sure windshield wipers, inside and outside lights, and the air conditioning are all working properly.

These tips from AAA will make your car’s transition from winter to spring easier and will keep it running at its best.

In this article:auto, auto maintenance