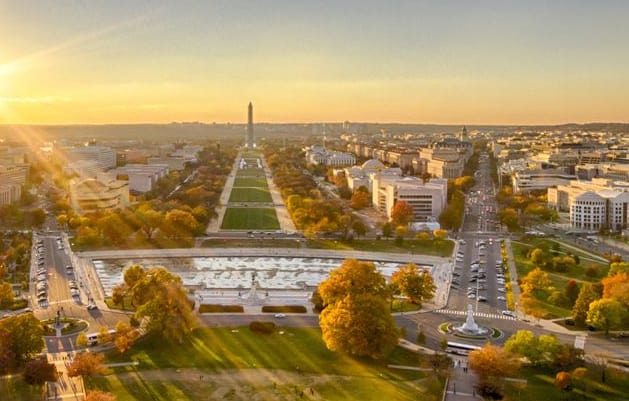 Members of the third graduating class of the Latino Leadership Academy travelled to Washington D.C. to wrap up their political education this week, according to ctmirror.org.

Among the 20 class members who made the trip to D.C. was Paola Esparra, 22. She left Puerto Rico more than a year ago following the devastation of Hurricane Maria to study accounting at Central Connecticut State University, ctmirror.org reported. But after being part of the academy, she is considering a life in politics.

“It once was not an option for me. Now it’s an option,” Esparra told ctmirror.org

The Latino Leadership Academy was created by Sen. Chris Murphy and the Democratic caucus of the general assembly. It is also supported by other members of the Connecticut congressional delegation.

Murphy’s motivation in creating the academy was to give the state’s Latinos who are involved in their communities the opportunity for political mentoring as well as introducing them to people in positions of power and influence.

And Murphy has a point.

The state’s Latino community’s growth in political clout has not kept up with it population growth.

More than 540,000 Latinos live in Connecticut and they account for roughly 16 percent of the population. The state has the 11th largest Latino population among the 50 states.

Yet, Latinos account for only 7 percent of the state’s General Assembly members. And not one member of the state’s congressional delegation is Latino.

“We don’t have enough Latinos running for office,” Murphy said.

The academy offers classes in organizing, public policy, advocacy skills, insight into how the political system works, in addition to the two-day seminar at the U.S. Capitol.

But in addition to helping Latinos, it helps Democrats solidify their ties to the growing Latino population.

Academy member Eli Mercado, 34, has a goal of being elected to the Hartford, city council. He told ctmirror.org that there is a need for younger representation on the council.

“I want our voices to be heard,” Mercado said.

He said the academy has given him “deeper insights into politics” and taught him how to better run a political campaign.

Victor Constanza also has political dreams. The 22-year-old is considering running for mayor of New Britain.

He said city residents reminded him of his working-class roots. His parents are Guatemalan immigrants, his mother worked in a fast food restaurant and his father was an “underpaid tree worker.”

While in Washington D.C., the academy members heard from, among others Rep. Bob Menendez, D-New Jersey.

They also met with Rep. Jim Himes, D-CT 4th District, who grew up in Peru as well as Tom Perez, chairman of the Democratic National Committee.