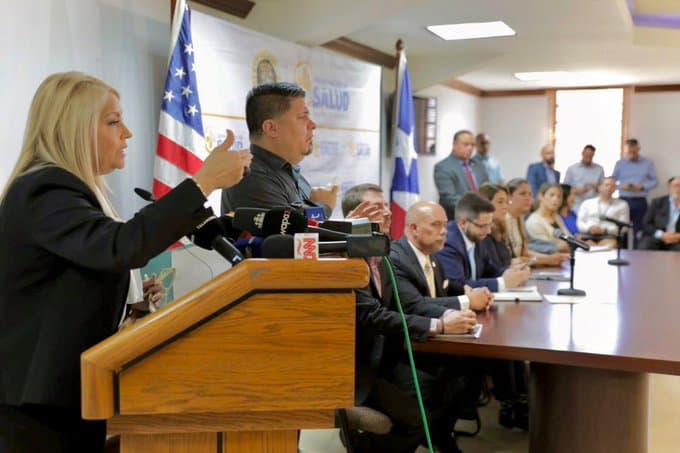 As a preventative measure, Puerto Rico Governor Wanda Vazquez Garced declared a state of emergency and activated the National Guard on Thursday.

There aren’t any confirmed coronavirus cases in the U.S. island territory, but as a precaution, Vazquez Garced has ordered the units to screen passengers arriving at the island’s airports.

According to the Military Times, the governor also voiced frustrations with the Centers for Disease Control and Prevention (CDC) over delayed results of tests for a handful of patients under observation.

“We have had a serious conversation with the CDC… It is unacceptable that the CDC continues to delay. As governor, I demand that the CDC resolve this situation as soon as possible,” Vazquez Garced said, according to Caribbean Business.

According to the Puerto Rico Department of Health, there are five cases under investigation as of March 10.

“The CDC told us that it received the tests on Tuesday morning, and they began to process them, so today the 48 hours [for results] are met,” Rafael Rodriguez, Puerto Rico’s health secretary, said at the press conference, according to Caribbean Business.

Puerto Rico will receive $5.8 million in federal aid, according to the CDC.

In this article:coronavirus, Puerto Rico