Food insecurity has been found to be strongly connected to insulin resistance — a main contributor to type 2 diabetes, according to a study by a group of Connecticut researchers.

And for Latinos, who are disproportionately affected by type 2 diabetes, food insecurity is linked to the development and progression of the disease, according to the study’s findings which were published in the Journal of Nutrition.

The rate of food-insecure Latino households is higher than for other racial and ethnic groups, according to researchers. They are also disproportionately affected by metabolic disorders like type 2 diabetes. The rate of type 2 diabetes among Latinos is 12.1 percent, compared to 7.4 percent among non-Hispanic whites.

The study highlights the more than 40 million Americans who live in food-insecure households, where access to healthy and nutritionally adequate food is scarce or limited.

Researchers examined 121 Latinos with type 2 diabetes, and of these 68 percent were classified as food insecure. The researchers tested the relationship between food insecurity and insulin resistance using the baseline data from the Community Health Workers Assisting Latinos Manage Stress and Diabetes (CALMS-D) randomized controlled trial.

According to a United States Department of Agriculture (USDA) study, Hispanic subgroups, households of Puerto Rican descent living in the U.S. had the highest food insecurity rate – 25.3 percent. The rate for families of Cuban origin was 12.1 percent.

Food insecurity can increase bodily inflammation, which can be caused by diet-related obesity and excess abdominal fat, the researchers said. Typically, food insecurity comes with mental distress, which triggers the release of cortisol and other stress hormones. And these hormones could result in insulin resistance.

The results demonstrate the link between physical health and social determinants.

“Resources should be redirected toward ending or decreasing food insecurity, a powerful social determinant of health.”

“Our findings support the plausibility of links between food insecurity and poor health,” said Dr. Angela Bermúdez-Millán, assistant professor in the Department of Community Medicine and Health Care at UConn School of Medicine. “Resources should be redirected toward ending or decreasing food insecurity, a powerful social determinant of health.”

“The Bold Goal is not just our north star; it’s a quantitative way for us to address the holistic needs of multiple populations, and to measure our progress,” said Bruce D. Broussard, Humana’s president, and CEO.

Federal agencies have also made efforts to reduce food insecurity. In April 2019, CMS made changes to Medicare Advantage and Part D rules that allow reimbursement for certain services that specifically address social determinants, such as access to healthy food.

“Today’s changes give plans the ability to be innovative and offering benefits and services that address social determinants of health for people with chronic disease,” CMS Administrator Seema Verma said at the time.  “With Medicare Advantage enrollment at an all-time high, plans need greater flexibility in offering benefits that they focus on preventing disease and keeping people healthy.”

The Connecticut researchers hope the results of their study will lead to even more programs and initiatives aimed at improving food insecurity.

Bermúdez-Millán is calling for legislators to create policies that increase access to minimally processed foods, and that add more fruits, vegetables, and whole grains in local stores or community venues.

“Food insecurity is prevalent, widespread, and detrimental to health,” said Bermúdez-Millán. “Healthcare facilities can also help address the issue by screening for food insecurity and connecting patients to available resources and interventions.” 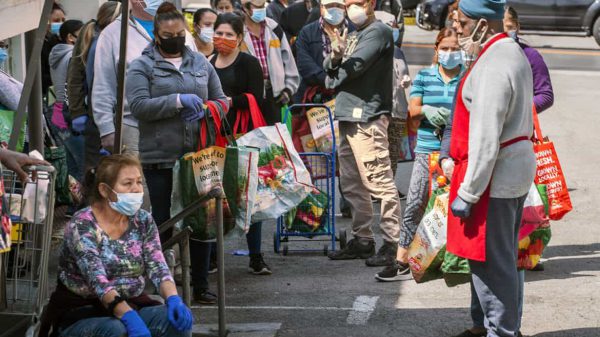 The high cost of insulin, which has risen by triple-digit percentages in the last five years, is endangering the lives of many diabetics who...

Doctors, Nutrition Experts And Local Chef Team Up For C-HIT Forum On Diabetes

By C-HIT Staff Special to CTLatinonews.com   For those living with diabetes, eating healthy and knowing how foods affect blood sugar levels is...