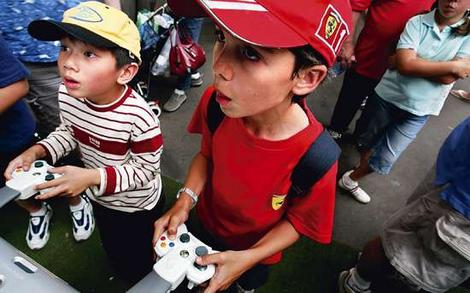 Name: Mario. Age: 28. Profession: Plumber. Ethnicity: White. Anyone who has played a lot of video games knows that the vast majority of characters are white males. However, a team of scientists have conducted the first ever virtual census, putting a number on the ethnicity and sex composition of video game characters, and raising questions about the psychological effects these games might have on members of the underrepresented groups.
Writing in the journal New Media and Society, the researchers note that 89.5 percent of the characters in the top 150 selling video games (console and computer) are male, and 85 percent of them are white. Overall, males, Whites and Asians are overrepresented, while Hispanics, Blacks, women, Native Americans and the elderly all appear less as video game characters frequently than they appear in the actual US population. Hispanics are the most disproportionately underrepresented , appearing as characters in only 2.7 percent of games, despite making up 12.5 percent of the population.
Naturally, because many of these games are programmed in Japan, the characters cannot be expected to conform to the same demographics seen in society at large. However, those over and under representations conform very closely to the same disparities found with television characters, suggested a larger phenomena is at work.
Aside from making it difficult to market the games to a wide audience, the authors of the paper also believe the homogeneity of video game characters may cause identity issues in children who don’t see people like them in the video games they play.
Perhaps not coincidentally, the highest selling non-Mario video games of all time don’t have protagonists of any set ethnicity or sex. The Wii Sports, Play and Fit games, and the computer games the Sims, don’t have a set protagonist at all, and let users design characters that look like themselves. The Pokemon games revolve around monsters, Nintendogs is about dogs, and Tetris is just a bunch of falling blocks.
To read the full story:  http://www.popsci.com/entertainment-amp-gaming/article/2009-09/first-ever-video-game-census-finds-minority-characters-underrepresented