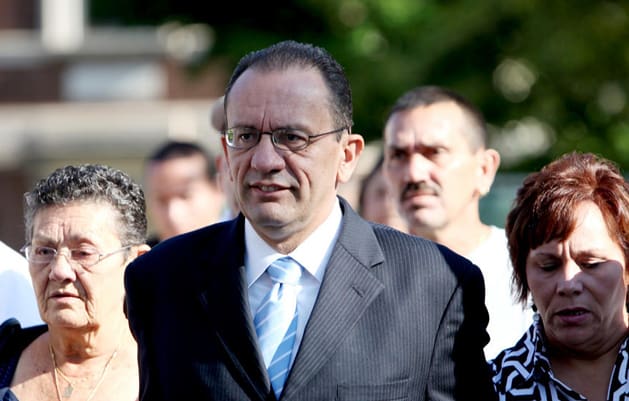 Former Hartford Mayor Eddie Perez announced on Thursday that he’s running for his old job, “It is time for a change in City Hall and each and every neighborhood in our city. We need leadership that cares about the struggles of our neighborhoods, that cares about the education of our children, and demands a living wage and good job for our residents. We need leadership that has the courage to act to improve the lives of all of Hartford families.”

The 61-year-old Democrat declared his candidacy at the Arch Street Tavern in Hartford, where 12 years ago, he celebrated his last election victory. Perez resigned in 2010 after being convicted of felony corruption charges; something he asked supporters for forgiveness and a second chance. “During my Journey as Mayor, I also made some serious missteps. These steps were selfish mistakes that hurt the image of our city and let many people down. I am truly sorry for what I did The people of Hartford have every right to hold me accountable for my actions. I only ask that the residents of this city of hope and opportunity look at the total path that I have consistently attempted to travel – A path to make our city a better place for all our families. I ask for your forgiveness, I ask my city to give me a second chance. An opportunity to serve the city that I love and has given so much to me and my family.”

A jury convicted Perez of accepting free home improvements from a city contractor and of attempting to extort $100,000 from a developer who wanted to buy a downtown parking lot run by one of Perez’s political allies. Those charges were later overturned and upheld by Connecticut’s Supreme Court in 2013. Perez plead guilty in 2017 and avoided jail time.

The announcement ends months of speculation about whether Perez would run again, as first reported by CTLatinoNews.com’s David Medina: Eddie Perez: Another Run for Mayor of Hartford?