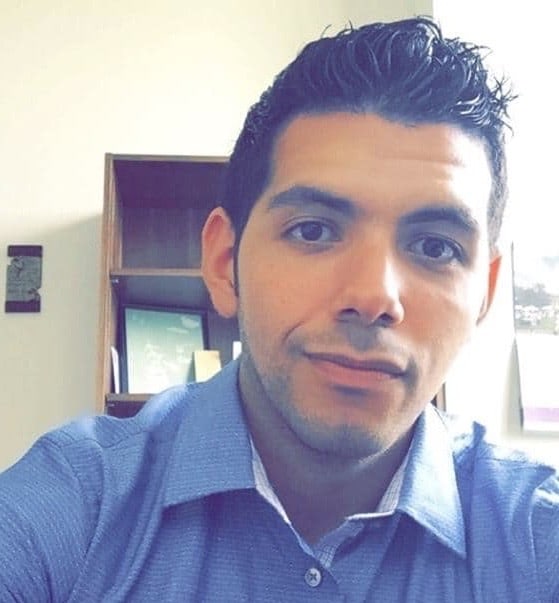 Brandon Gomez understands that being a young, gay Latino journalist; he has a responsibility to tell the stories of his community.

“All through my career, I’ve covered stories on the Latino community and LGBTQ community. I committed that the work I do as a gay man and Latino is to tell those stories year-round,” said Gomez, an East Haven native.

Now living in Brooklyn, Gomez works as an associate producer for CNBC’s Squawk on the Street.

This commitment has taken on extra meaning after Gomez was named to “The 41 List” which celebrates 41 LGBTQ Latinx role models. The list is put out by Honor 41, a national nonprofit, which promotes awareness and positive images of the Latinx LGBTQ community, according to Alberto B. Mendoza, Honor 41 founder and producer of The 41 List.

The 41 in the name Honor 41, refers to the 1901 arrest and subsequent disappearance of 41 Mexican men in Mexico City from a dance in a private home. Many of the men were wearing women’s clothing. As the story goes, there were actually 42 men at the house. The 42nd is the son-in-law of Porfirio Diaz, Mexico’s president at the time.

Gomez, who is Puerto Rican and Italian, came out when he was 19.

“I was nervous when I first started telling people. I mentioned it to two close friends. I told them ‘I think I might be gay.’ I knew then that it was just a matter of telling everyone in my life,” he said.

When Gomez began telling others close to him, he would call and get on their calendar to have a sit-down conversation.

“I did this so I could reveal this thing about myself,” he said.

But telling his family — his mom and older brother — was more difficult for the 28-year-old.

His plan was to tell his mom and brother when he went home for Easter break.

Brandon recalled standing in the hallway of the family’s Connecticut home and receiving a text from a friend asking if he had told them yet. His mom saw the text and panicked. She cornered him insisting he tell her was going on.

It just so happened Gomez was standing in front of the family’s altar.

“I was raised Catholic and am still very faithful. I was standing in front of the altar and I have to tell my mom. I was very anxious and scared,” Gomez recalled.

While the reaction from his brother was quick and positive — “Great, thanks for telling us,” Gomez’s mom was more reserved.

“She had to navigate the reality and that I kept something from her for so long. Now we’re at a place where I feel truly, fully accepted,” Gomez said. “The struggle was really at the beginning. With time and conversation, we were able to move on. And it has actually strengthened our relationship.”

Being named to the list is an amazing opportunity, “even in the chaos our world is facing right now,” he said.

Gomez sees being named to the list as a commitment.

“I see it as an intersection where 41 roads are merging and those 41 roads are going in a myriad of directions all across the country,” Gomez said. “I’ve committed myself to watching all the videos (of the honorees) and see where their stories can intersect with my work as a journalist.”

Growing up, Gomez said he didn’t have too many Latino role models.

“I would use this list as an opportunity to tell people it’s never too late to embrace who you are and who you want to be,” he said.

In Gomez, Mendoza saw the next generation of journalism.

“I started to see his story develop — a young, queer person, thriving and allowed to be himself,” Mendoza said. “He is so polished. He has the old actor kind of style — tall, he’s elegant; he’s articulate and very, very passionate about who he is and what he can bring to the table.”

For Gomez becoming the person he is now developed over time.

He admits that for many years he felt “this impostor syndrome.”

Although his last name is Gomez, he often felt he wasn’t Latino enough — he didn’t speak the language nor was he brought up in the culture.

“It’s something I dealt with, ‘Am I enough in my identity?’ And the answer is ‘Yes, I am enough.’ We are complex beings. You can’t be anybody but yourself,” Gomez said. “What I found in time, the more I embrace my identity — as a Latino, as a gay man, as a Connecticut native — it’s brought me more connections.”