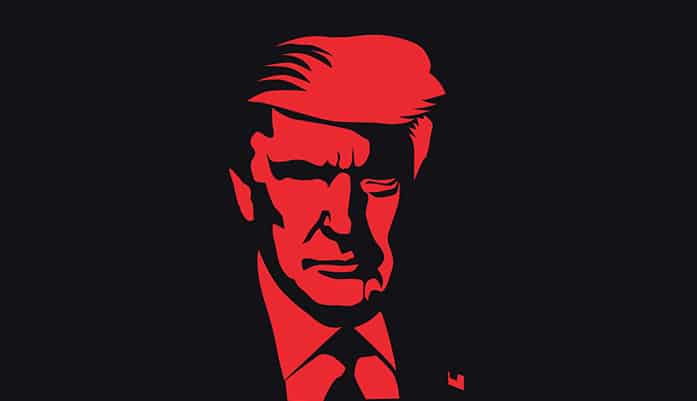 “It was shameless in terms of what he did on being decisive about the wall and scaring people,” said Congresswoman Rosa DeLauro, (D-CT). She added, “It’s the politics of fear.”

The reaction to President Donald Trump’s State of the Union address last week was met with stark criticism by some of Connecticut’s lawmakers. “The president’s call for unity seemed hollow and even empty in light of his adhering support for a wall and other policies that deeply divide us,” said U.S. Senator Richard Blumenthal (D-CT) in an interview with Eyewitness News 3.

The President will be in El Paso, Texas tonight, trying to sell his border wall, which he credited for the decrease of crime in the city during his speech:

“The border city of El Paso, Texas, used to have extremely high rates of violent crime – one of the highest in the entire country, and considered one of our nation’s most dangerous cities. Now, immediately upon its building, with a powerful barrier in place, El Paso is one of the safest cities in our country.”

Mr. Trump shouldn’t expect a warm welcome from a community that is angered by his incessant disinformation. The “president’s message about El Paso is a lie,” said Jon Barela, CEO of The Borderplex Alliance, an economic development coalition. “The president is living in an alternative universe based on a false narrative and offensive comments about our way of life.” Also speaking to The Dallas Morning News, State Representative Cesar Blanco, (D-El Paso), was just as blunt, saying that Trump’s “fearmongering and lies have hurt our border economy and community.”
The negative consequences of alternative facts is of no concern to the President who is said to have told more than 5,600 untruths in 2018, nearly triple the 1,989 lies he told during his first year in office. It doesn’t matter to him that crime in El Paso had curtailed years before a barrier or wall was built. That truth doesn’t fit his anti-immigrant rhetoric. What’s most important to him is the repetition of the lie to the MAGA hat wearing zealots who will be at the Coliseum, undoubtedly chanting over and over again, “Build the wall!” This is how Trump asserts his power over them. He knows that if he says enough times that brown skinned bogeymen are coming in droves to the U.S. illegally, to take your jobs, your homes, your lives…people will believe it; not because it’s true, but because it’s simple.
It’s easier to blame “them” for lower wages, strained schools, hospitals and other social ills, than to unpack the real complex problems of a broken economic system where the rich get richer and everyone else suffers. No wall is going to fix that.
The faithful won’t be the only ones repeating Trump’s untruths; so will the media. News coverage of the Trump administration has helped build a solid pipeline for his prejudiced propaganda. Too often journalists lean on attribution to excuse the normalization of deceit by saying, “Well, that’s what he (Trump) said.” Responsible reporting requires all quoted claims to be challenged and fully researched before releasing reports. To ensure that the truth is understood by the public, reports should integrate fact checks within the story itself so the claim cannot be separated from the research to support or contradict it. Additionally, the journalistic standards of storytelling demand that the language used be thoughtful and informative.
Weeks before the 2018 midterm elections, the Associated Press posted a headline on Twitter that read, “A ragged, growing army of migrants resumes march toward US.” That headline shaped the weekend conversation in cable news networks that concluded with the President sending troops to the border. As president of the National Association of Hispanic Journalists (NAHJ), I met with the leadership of the AP to discuss how the inaccurate framing of people escaping violence as an “army” was used by the Trump team to demonize the caravan of Central Americans, and attempt to scare voters against the Democrats.
Late last year, the Sinclair Broadcast Group distanced itself from the commentary it ran across all of their local news stations by former Trump aide Boris Epshteyn, who vehemently defended the use of tear gas against migrant children at the border. Newsrooms should be conscious that accurate context be used not only in reporting, but also in commentary.  When content is poorly executed it can quickly contribute to the growing trend of profiling Latinos as scapegoats. That’s why NBC’s Tom Brokaw’s inaccurate representation of Hispanics’ need to “assimilate”, comments on a Meet the Press segment with Chuck Todd last month was so alarming. Brokaw ignores the fact that most U.S. Hispanics are born in the United States; English is their native language. His position bolsters stereotypes that U.S. Hispanics are all foreigners, prejudiced as the “others”. Hispanics are no less American for embracing their country of origin or that of their ancestors…being bicultural and bilingual is a strength in an increasingly multi-ethnic, multilingual society.
That is what’s at the heart of president Trump’s politics of fear strategy. He is preying on the anxieties of the aging white majority, who feel alienated by the rapidly changing demographics in the United States. The danger of his scare tactics isn’t just that it leads to bad policies but that it can change the very nature and character of the country. As we become more and more fearful of “the other,” we become both less tolerant and more willing to accept restrictions on our basic liberties. That is how hundreds of families, legally seeking asylum at ports of entry, were separated by heartless protocols, including Yeni Gonzalez-Garcia. Gonzalez-Garcia, who was separated from her three children for more than a month, was present at the State of the Union address. She and the many families still apart, were ignored by Trump; instead he highlighted the murder of a Reno, Nevada couple in order to further the criminalization of immigrants. That crime while tragic is not representative of the fact that there’s no evidence that immigrants commit more crimes than U.S. born residents.
The threat to our nation aren’t the Latinos/Hispanics who come seeking a better life for themselves, their families, and in the process adding to the success story that is America; like so many immigrants before them. The threat is president Trump who channels fear to secure control by deceit, validating his relentless attacks against people, inaccurately calling them illegal/criminals, in an attempt to discredit them, question their motives for being in this country and silence their voices.
Hugo Balta
Publisher, CTLatinoNews.com
President, National Association of Hispanic Journalists