Over the course of one week, Disney attempted to trademark the phrase “Dia de los Muertos” and rescinded their bid after a wave of public outcry and negative feedback.
The LA Times reported that Disney recently filed 10 applications with the U.S. Patent and Trademark officers to use the phrase for toys, cereals and jewelry in connection with a untitled movie project related to the holiday.
The phrase, which means “Day of the Dead”, is a Mexican holiday that is observed by many Latin American countries and honors and celebrates the dead.
A poll by the LA Times showed that an overwhelming 93 percent of readers thought Disney was “out of line” for trying to capitalize on the holiday.
A studio spokesperson for Disney said, “Disney’s trademark filing was intended to protect any potential title for our film and related activities. It has since been determined that the title of the film will change and therefore we are withdrawing our trademark filing.”
The bid drew harsh criticism and a change.org petition that garnered 19,500 signatures against the patents in just one day.
Grace Sesma, creator of the petition, said the tradition of Dia de los Muertos is not something to be exploited by Disney.
“I am deeply offended and dismayed that a family-oriented company like Walt Disney would seek to own the rights to something that is the rightful heritage of the people of Mexico,” she said.
(Photo by leihiu via Flickr)

In this article:Day of the Dead, Dia de los Muertos, Disney 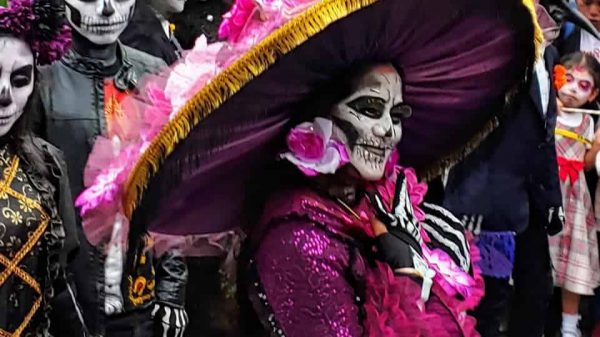