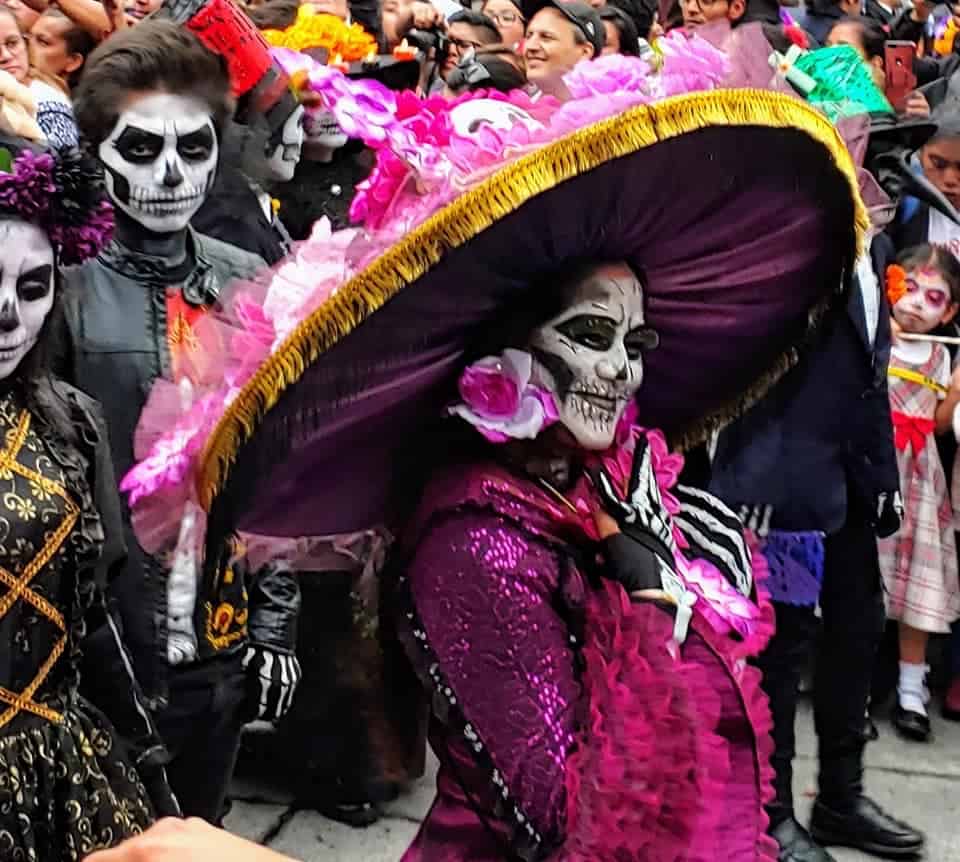 Día de Muertos, or Día de los Muertos as it is called in the United States, is NOT Mexican Halloween nor is it anywhere closely related.

Día de Muertos is celebrated throughout Mexico, and increasingly in the United States, on November 1 and 2.

As I searched for local events for Día de Muertos, announcements began popping up for a “Día de los Muertos Party” or “Día de Muertos Celebration” at bars. This is not only wrong, it’s disgusting — an obvious marketing ploy to make money.

In Mexico and among Mexican families, Día de Muertos is the day when the departed return to coexist with the living and simply put, it’s a beautiful tradition.

But turning my heritage and cultural celebration into your excuse to have a party, get drunk and make money is not acceptable. Especially when it’s apparent these businesses have NO clue about the tradition and significance behind the celebration of Dia de Muertos. And it’s obvious they don’t care — they are simply looking to make a buck.

In order to understand the significance of the day, its history must first be understood.

The Mexica also known as the Aztecs, believed that the gods who would decide the fate of the departed were Mictecacihuatl and Mictlantecuhtli. They ruled Mictlan — the place of the dead.

The celebration dates back to prehispanic times, thousands of years before the Spaniards set foot on what is now Mexico.

Mictlan — the inframundo or underworld — consists of nine levels and the road is long and dangerous. The departed begin their journey to Mictlan by crossing a mighty river — the first level. But, to do this they must seek help from a Xoloitzuintle, or Xolo a Mexican hairless dog, which helps the departed cross the river and navigate the road to Mictlan.

On Nov. 1, the souls of children return and on Nov. 2 the adults return.

Mexican families will create altars, or ofendas, to remember their departed loved ones.

An altar must include items that are essential.

A glass of water. The water is to satisfy the thirst of the departed after such a long journey. And it provides them the strength to return in peace and purity

Copal, or incense. Copal not only serves to clear the air of negative vibes but also to keep away the malignant or evil spirits.

Cempasuchil, or Mexican marigold. The bright orange flowers are placed on the altar and often paths using the flowers are made leading from the door to the altar. Its aroma helps guide the departed loved one home.

Calaveritas, or sugar skulls. These represent the departed.Families will often write the name of the loved one on the front of the skull.

Salt. It serves as a symbol of purification and it also helps keep the body of the departed intact as they make the journey to their loved ones and return.

Pan de Muerto. A special sweet bread made during October and November. It is said to represent the body.

Food and drink. The foods and drinks the departed most enjoyed while alive are also placed on the altar. When they return, they are able to once again enjoy these foods. Most altars will include a glass of tequila or beer. It is also traditional to put a plate of fruit on the altar.

Photos of the departed. The photos are a way to remember our loved ones to whom the altar is dedicated.

Many families in Mexico will go to the cemetery on Nov. 2. They will spend hours cleaning the graves of their loved ones and adorning it with cempasuchil and candles. They will bring their loved one’s favorite food and drink to the grave and spend the evening visiting.

Día de Muertos is a celebration of those we’ve lost. Of letting them know they are not forgotten.

It’s not an excuse to have a party and get drunk.

If you want to get an up-close look at altars and learn more about the celebration and tradition, the Connecticut Historical Society is hosting a free Dia de los Muertos event on Saturday from 10 a.m. to 5 p.m. They will also have a communal ofrenda — altar — where the public can leave a message or memento for a loved one which will become a part of the altar.

So next time you think you are celebrating “Mexican Halloween,” think twice. You are actually being disrespectful of someone’s culture and tradition.

In this article:Dia de los Muertos

Disney Backtracks After Day of the Dead Trademark Gaffe

Over the course of one week, Disney attempted to trademark the phrase “Dia de los Muertos” and rescinded their bid after a wave of...