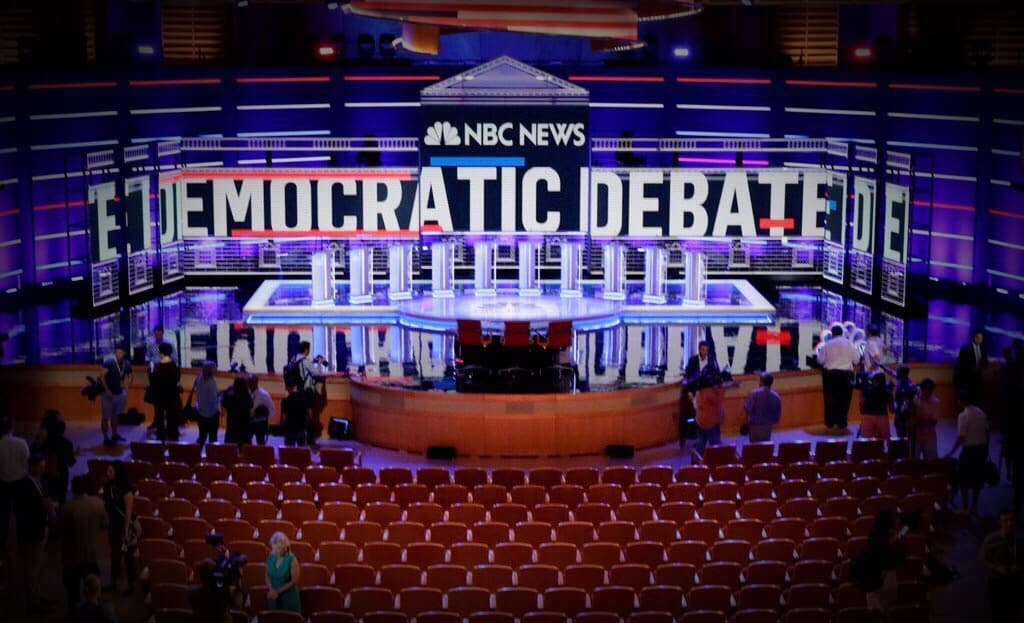 Social media had a field day poking fun at O’Rourke and Booker for their use of Spanish. But, that’s short-sighted. The U.S. is a Spanish speaking country.

Twitterverse had a field day poking fun at O’Rourke and Booker for their use of Spanish. But, I think that type of trolling is short-sighted. After all, Noticias Telemundo was one of the news network hosts of last night’s debate.

Democratic presidential hopeful Marianne Williamson, who is slated to debate tonight, joked about the bilingualism, writing on Twitter, “I need to learn Spanish by tomorrow night at 9.”

Well, that’s not a bad idea considering that an estimated 41 million U.S. residents, approximately 13.4% of the population, speak Spanish at home, according to the 2017 Census survey. In O’Rourke and former San Antonio Mayor Julián Castro’s home state of Texas, 29.5% of people speak Spanish at home.

The United States is a bilingual country. To be proficient in Spanish isn’t a luxury, but a necessity to be successful in this country. The use of Spanish by O’Rourke and Booker is smart.

For the first time, Hispanic voters are projected to be the largest minority group in the electorate come the 2020 elections. The Pew Research Center reports Hispanics will be the largest racial or ethnic minority group in the electorate, accounting for just over 13% of eligible voters – slightly more than African Americans (32 million vs. 30 million).

There was a significant jump in Hispanic voters in the 2018 midterm election, helping Democrats regain control of the U.S. House of Representatives. An analysis by the Connecticut Mirror determined that cities and towns in the state where Latinos make up 25% or more of the population all experienced a significant increase in voter turnout.

In Connecticut, 21.5 percent of people say they speak a language other than English. The second-most spoken language in the state is Spanish, CT Trend reports.

Critics will say most Spanish native speakers are foreign-born, noncitizens and as such ineligible to vote, but a majority of U.S. households are multigenerational. The grandparents and some of the parents may not be heading to the polls, but their children are. Hispanics/Latinos are typically described as oriented toward family well-being, rather than individual well-being. So you better believe that one vote represents more than the individual casting it.

Castro, who admittedly says his Spanish skills are not strong, spoke Spanish at the end of the debate, saying a one-liner: his name and that he’s running for President.

There’s no question that the Hispanic/Latino vote will be key for any candidate (Democrat or Republican Donald Trump) to winning the White House in 2020.

Speaking Spanish, whether or not a candidate speaks full sentences or a few words is certainly well received by a community that is often ignored (talked about, but not included in the conversation/debate) on issues like immigration and border security.

The key to winning the vote of this community is whether the candidates can demonstrate how well they understand them on issues beyond the usual one-dimensional news headlines and dig in on what matters most to all voters like healthcare, education, employment, and crime.

Hugo Balta is the Publisher and Executive Editor of CTLatinoNews.com. He is also the President, National Association of Hispanic Journalists (NAHJ).

Publisher’s Note: CTLN is committed to providing in-depth news and information on the 2020 Presidential Election in order to promote civic engagement by all Connecticut communities.