Veteran lawmaker Rep. Bob Godfrey says if voters want to see what he has done for the city’s urban core in his 13 terms as a state legislator, they need only drive around Dnbury.
“From Main Street to the schools to Western (Connecticut State University) to transportation and roads and bridges — everywhere you look, there has been something I have happily touched,” said Godfrey, 68, who is running for a 14th two-year term. “I would like to continue to do that service.”

But Godfrey’s challenger said she has lived and worked in the same 110th District he has represented for a generation, and she claims as many as half of its 25,000 residents do not know him.

“I am hearing a different story,” said GOP challenger Emanuela Palmares, 33, a Brazil native and editor of the city’s trilingual newspaper, Tribuna. “It is almost as if we are talking about two 110th Districts.”

Palmares and Godfrey clashed over of Latino representation during a meeting last week with the Editorial Board of The News-Times.
The two candidates even differed on how many Spanish- and Portuguese-speaking residents live in the 110th District. Godfrey cited a 42 percent from the 2010 U.S. Census. Palmares said her experience working with Latinos puts the percentage closer to 50 percent.

“We need to be sure when we have someone up at the state Legislature, that they understand the new challenges and the new way of life of the 110th today,” Palmares said.
Godfrey, the state House’s deputy speaker, answered no one knows the district better than he does. He cited his record of bringing more school funding to the city, as well as his battle earlier this year to oppose 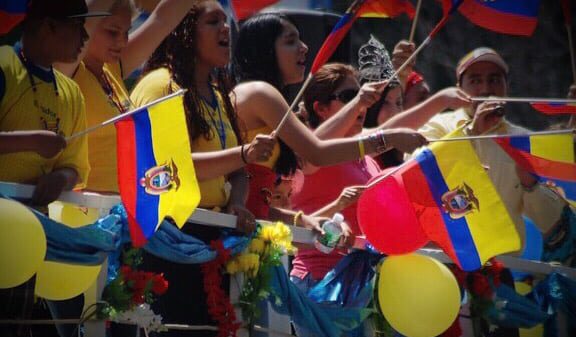 Danbury's Ecuadorians cling to culture but venture into politics

By Bill Sarno, CTLatinoNews.com On Saturday, August 10, Danbury city officials and representatives of the local Ecuadorian community will gather at 11 a.m. in Heritage Plaza...