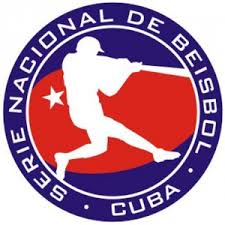 Hard-hitting outfielder Yasmani Tomas of Havana’s powerhouse ballclub Industriales has defected, Cuban authorities said Friday.
News of Tomas’ defection came in a single paragraph at the end of an article in Communist Party newspaper Granma, which interviewed national baseball director Higinil Velez Carrion about two games next month against a visiting U.S. collegian team.
“From the same source, Granma learned of the departure from the country, through unscrupulous, illegal human trafficking, of he who was a player for the Industriales team, Yasmani Tomas,” the article read.
According to official statistics, Tomas hit .275 for Industriales last season with 10 home runs and 59 RBIs in the 90-game regular season and seven playoff games.
The website BaseballdeCuba.com, which is hosted in Florida and is not affiliated with the Cuban government, says he is “without doubt the ‘slugger’ of the team.”
A number of Cuban baseball players have left their homeland over the years, tempted by fame and fortune in Major League Baseball.
Recent high-profile defectors include Yasiel Puig, who signed with the Los Angeles Dodgers for $42 million, and Jose Abreu, who landed a $68 million deal with the Chicago White Sox.
This year Cuba began letting active players sign temporary contracts to compete overseas as long as they fulfill their domestic commitments as well, partially reversing decades of prohibition against professional sports.
With the full blessing of island authorities, stars Yulieski Gourriel and Frederich Cepeda have inked deals worth a reported $980,000 and $1.5 million, respectively, to play in Japan during the Cuban baseball league’s summer-fall offseason.
To read the full story:  http://latino.foxnews.com/latino/sports/2014/06/21/cuban-authorities-hard-hitting-baseball-player-yasmani-tomas-has-defected/