Within the bounds of the baseball diamond at Fiondella Field at the University of Hartford, competition was intense as the teens of Team USA hosted Team Cuba.
In the dugouts, along the warning track, and in the stands, the spirit of friendship and unity reigned supreme as the USA-Cuba Goodwill tour officially began.
In their first-ever visit to the United States, the Cuban teens and their coaches are more than just a team. They are diplomats on a ground-breaking and history-making mission that is helping bridge a gap between two countries that have been separated for decades by much more than 90 miles of water.
In April, when West Hartford’s “Team USA” and their coaches and parents – a group of 70 in all – traveled to Holguin, Cuba for a week of baseball diplomacy, it gave the Americans a chance to visit a part of the world that they had never seen, and to learn first-hand about the Cuban culture. Political barriers have kept the countries separated for decades, but the goodwill tour, in allowing Americans to visit Cuba and the Cubans in return to visit America, is helping break down those walls on a grassroots level in a language – baseball – that all can understand.
The goodwill exchange is great on so many levels, said Dennis Woodworth, a Nova Scotia native and longtime baseball coach who started the Canada-Cuba Goodwill Tour several years ago. “These kids are wearing their national colors. It gives them a chance to represent their countries,” said Woodworth, who has worked closely with West Hartford’s Tim Brennan to make the USA-Cuba Goodwill Tour a reality.
Woodworth said that the teens on the Cuban team were handpicked not just for their ability to play baseball, but for their ability to represent their country based on their level of sportsmanship, community involvement, strong family values, and willingness to actively participate. “It’s more about who they are as a person, not as a player,” he said.
The West Hartford teens are also well aware of their roles as diplomats, Brennan has said.
Former Red Sox pitcher Bill “Spaceman” Lee has been leading trips to Cuba since 1999. He has served as ambassador for the goodwill tour in Canada and has taken on the role with the USA tour as well. He shuffled between the teams’ dugouts Monday, encouraging and coaching all of the players and getting the crowd cheering.
“It’s a very big shock for the Americans to see what the rest of the world looks like. It was an eye-opener for these kids,” he said of the trip to Cuba. When the Cubans – most of whom had never even been to Havana – arrived at Fenway Park on Sunday, “they were amazed. Their eyes dropped,” he said.
But more than the obvious differences between New England and rural Cuba – where most of the cars are models from the 1950s – the Americans have gotten to experience how polite and family-oriented the Cuban teens are, Lee said.
“What’s happening here is tremendous,” Lee said of the goodwill tour.
“This is great for the kids, great for my country, for America, too,” said former Red Sox pitcher Luis Tiant, one of the most iconic Cuban baseball players ever to play in the U.S.. In between signing autographs, Tiant sat ….. 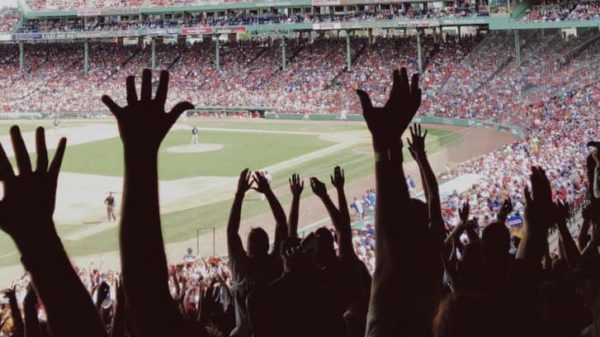 By Bill Sarno/CTLatinoNews.com The Trump administration has canceled an agreement that would have allowed Cuban baseball players a chance to play in the U.S....

While most teenagers spend their summer relaxing, spending time with their friends, or maybe working a summer job, 15 year-old Adriana Diaz is...

Could World Cup Bid Pull The U.S. and Mexico Closer Together?

There’s a sporting chance that the beautiful game could help unify Mexico and the U.S. at a time when some politicians are trying...