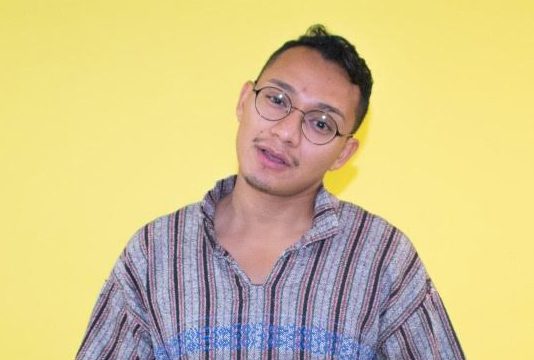 In his first address to a joint session of Congress, President Joe Biden acknowledged the transgender community. This comes after a series of anti-trans bills passed throughout the country, denying healthcare and school participation of transgender children. These laws were created by republican lawmakers to limit the rights of a population.

“I want you to know that your president has your back,” President Biden said. He urged Congress to pass the Equality Act which would extend protections to the LGBTQIA+ population making workplace, health care, and housing discrimination, illegal.

LGBTQIA+ legislation is an important topic for the community and imperative to their safety. Max Cisneros, the Latinx Program Officer of the New Haven Pride Center, took the time to speak to CTLN Opinion+ regarding the needs of the community and issues Latinx youth face at home.

The New Haven Pride Center was founded in 1993 with activists working for the recognition of their domestic partnerships. The center has since become a place for education on LGBTQIA+ issues as well as a place for social and cultural enrichment for the community and its allies.

LGBTQIA+ issues are issues of the Latino community. Latino millennials are least likely to identify as traditionally heterosexual compared to other ethnic groups, according to the GenFoward, survey group based out of the University of Chicago. Their report “Millennial Attitudes on LGBT Issues: Race, Identity, and Experience,” found that 14% of Latino millennials identify as gay, bisexual or transgender.

Cisneros’ role at the center includes providing programs and support groups directed to Latinx Youth and Latinx adults. One program is Apoyo, which provided a safe space for Latino Spanish-speaking youth during the pandemic. A digital space that met once a week where youth could decompress and find empathy around those who have similar experiences.

“I was beginning to feel like there was a lot of youth at home, and they may not necessarily have the same spaces they had, where they can go to and be affirmed as a queer person,” Cisneros said. “Apoyo, was important so youth could have a space to be affirmed and celebrated.”

In the Latino community, there is still a negative stigma of being gay. According to Latino millennials, there is a discrimination problem when being gay in the community. The same survey found that 61% of surveyed Latinos felt “a lot” of discrimination against lesbians and gays in their racial community, compared with 43 percent of African-Americans and 27 percent of whites.

“What we’re seeing right now is over 120 anti-LGBTQ bills are making their way through the legislatures right now throughout the country. About 65 of them are directly attacking trans youth,” Cisneros said. “What we can do right now is support lawmakers and folks who are on the ground getting these bills stopped.”

For more information about Youth centered programs, activities and support