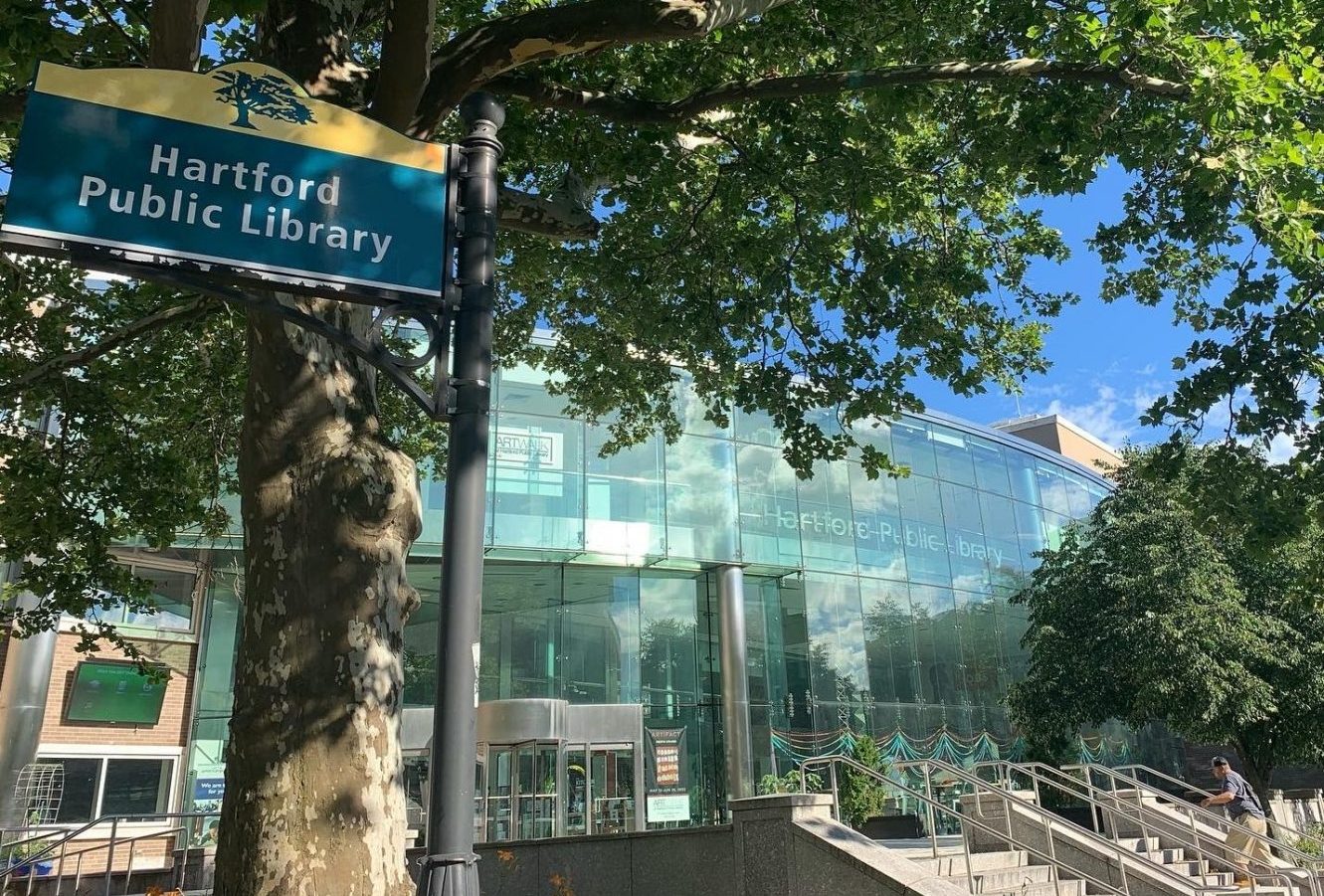 Connecticut Public Libraries seek to address the growing digital divide between the state’s diverse communities through its CT Libraries & Partners for Digital Equity initiative, which participated in a series of Juneteenth events last month.

The CT Libraries & Partners for Digital Equity Coalition oversees the new initiative that aims to provide computers, affordable high-speed broadband, and community digital navigators to local communities. Public Library staff and other community members formed the Coalition in January 2020 as a team dedicated to closing the drastic gap in digital access across Connecticut.

“There are still families at home who don’t have internet access, who do not have a device, and who do not know how to use it,” said Dawn LaValle, Director of the Division of Library Development for the CT State Library. “So, the pandemic really shined a light on this problem and we’re just realizing the expanse of it.”

The COVID-19 pandemic has greatly amplified the lack of digital access among local BIPOC communities, specifically among Black and Latino households. LaValle explained that CT Public Libraries have been aware of a digital gap between CT’s diverse communities but most did not recognize the gap’s full extent until 2020.

The Digital Equity Coalition saw Juneteeth as an opportunity to discuss the importance of digital equity among local Black communities. National reports have shown that a lack of internet access strongly correlates with COVID-19 death rates.

“Over the last few years, researchers have started to see internet access, and in particular high-speed broadband, as a critical component of health — something vital for connecting people not only with health care, but also with food, housing, education, and income, all of which are considered social determinants of health,” according to Vox.

In 2020, state-wide efforts immediately focused on the digital needs of in-need youth to assist in providing the tools necessary for remote education.

“Helping public libraries reach out to residents who have faced discrimination and need support to join the ranks of the digitally included is central to our mission,” LaValle said.

Four CT Public Libraries are participating in the Digital Navigation Pilot Project, a program that trains members of the community to help residents set up affordable broadband internet, obtain electronic devices, and learn a variety of digital skills.

The East Hartford, Hamden, and Hartford locations, along with the Ferguson Library in Stanford have employed four navigators in each library.

LaValle explained that navigators’ strong interpersonal skills have been crucial to the program’s success.

“It’s having someone with that empathy, that patience, but also the skills to be able to teach this…and make that connection with a person who’s never used a computer before,” LaValle said.

Ambrose mentioned the value of having several bilingual navigators and libraries on staff.

“We’re making a move so that we can be able to accommodate everybody,” Ambrose said. “We have a language line and we also have a Spanish speaker so that clients…can still get connected with our program…even if they don’t speak English.”

Each library in the pilot program decided how much of their budget to allocate to devices; the East Hartford Library obtained roughly 100 devices—Chromebooks and Microsoft Surface Go Tablets—to give out to residents, according to Ambrose.

Navigators have been trained to teach residents a wide variety of digital basics from learning to typing to navigating Microsoft software, but they aren’t the only ones picking up new skills. Ambrose has been learning to read Braille with a client who’s visually impaired so they can navigate their devices with more ease.

“There’s one client…I’ve had them for a while because we’ve done so many things from filling out applications to learning zoom to organizing her email, we’ve done it [all],” Ambrose said. “So learning Braille is our last stretch.”

The Ferguson Library has already begun adjusting its upcoming budget to continue working with its navigators because of the pilot program’s early success, according to Ambrose.

“We want our community to know that there are resources, please come in and take advantage of it,” Ambrose said. “Our Black [communities] and [other] communities of color are the communities that are really being affected by digital inequity and that’s why we’re here to support them.”

CT Libraries & Partners for Digital Equity meet on the fourth Tuesday of every month at 2 p.m., learn more at www.sites.google.com/view/ctlibrariespartnersdigequity/

Publisher’s Notes: CTLN is a proud partner of the Connecticut State Public Libraries.