The COVID-19 pandemic that barreled into Connecticut in March created new challenges for the 2020 Census — issues that have impacted the difficulty and importance of producing an accurate population count in urban Latino communities.

What has become especially problematic is that the viral outbreak has disproportionately hurt people of color, magnifying the state’s Latino and Black population’s reliance on government and community programs for food, housing, education, income assistance, and health care.

These safety-net programs are significantly supported by federal grants to the state, which is allocated based on the population figures derived from the decennial headcount.

Essentially, the Census tracts where most Hispanics and Blacks live, are both the hardest to count and would suffer the most due to undercounting.

So far, Connecticut, as a whole, has done well. The state’s response as of mid-June, more than 64 percent, is above the national average of 60 percent and the 13th highest.

However, there is evidence, at least anecdotally, that the trajectory of reporting from cities with large marginalized populations, has been severely constrained by the pandemic and the need for social distancing and quarantining.

The response rates from Hartford, Bridgeport, New Haven, and Waterbury are bottom of the list, falling below 50 percent, with the health and economic crisis inhibiting campaigns to encourage participation.

By mid-June, Bridgeport’s Census response rate was around 47 percent, but minus the pandemic could be about 10 points higher, said state Rep. Chris Rosario, a co-chairman of the Connecticut Complete Count Committee.

Another factor is that for the first time, people will be able to complete Census forms online, a procedure impeded by insufficient or unreliable internet access as well as some Latino’s distrust of the federal government.

Rosario said he has found that in his heavily Hispanic districts, “some people don’t want to give their information online. They want to see someone personally.”

The Census Bureau has done extensive retrenching, with in-person contact with residents disrupted. The original plan was to have enumerators start in April to visit households to count residents who have not responded online, by phone, or through paper forms. However, the agencies in offices were closed for three months. The training and the in-person deployment will begin August 11.

“Much of their outreach efforts rely upon direct face-to-face contact at their workplaces or through community events – many of which have been shut down for the past three months,” said Chris Senecal, senior public policy and media relations officer of the Hartford Foundation for Public Giving which is providing financial support to an array accurate count endeavors in central Connecticut.

One of the grant recipients, Make the Road Connecticut (MTR), a grassroots advocacy group for Hispanics in Bridgeport and Hartford, has been forced to change its plans to drive up Census participation.

“Instead of canvassing and staging community events and info tables to educate people about the Census and ask our community to “pledge” to take the Census,” a representative of the organization said, “MTR has invigorated its educational efforts through social media such as Facebook Live and having its leaders make videos about why the Census is important.”

To get its message across, the Connecticut Complete Count Committees (CCCC) are utilizing virtual outreach. This includes calling and emailing customers/clients to discuss the importance of the 2020 Census and encourage participation, including census information and encouraging participation across the agency’s social media outlets and working with faith-based partners to include Census Information and encouragement during their virtual engagement with members.

When it is safe and appropriate, the CCCC said it plans to rev up its in-person outreach, including distributing Census information at school district grab-and-go meal sites and at emergency food distribution locations.

Connecticut annually has received $10.7 billion in federal grants. Each person not counted means a loss of $2,200 in federal grants to Connecticut, according to Lieutenant Governor Susan Bysiewicz, who is heading the state’s Complete Count Committee.

“Responding to the 2020 Census is safe, easy, and important,” Secretary of State Merrill said. “The Census determines how much federal funding Connecticut receives, and it directly impacts our voice and our representation in Washington and in Hartford. Whether you respond to the Census online, by mail, by phone, or in person, it’s vital that you participate and make Connecticut count.”

The Urban Institute estimates that as many as 33,100 Connecticut residents may be undercounted in 2020, which could negatively impact an array of federal grants that underwrite for Medicaid, student loans, Section 8 Housing, special education, school breakfast and lunch programs, WIC, Head Start, children’s health programs, child care, temporary assistance to the needy and adoption assistance.

The CCCC allocated $500,000 in state funding to Census 2020 efforts, with $410,000 of this amount distributed to support counting efforts in the state’s large cities and surrounding communities.

The Connecticut Department of Social Services has contracted with Connecticut Association for Community Action to oversee subcontracts with each of the nine State Community Action that comprises Connecticut’s federally designated anti-poverty network, to provide direct and indirect outreach to their clients and surrounding communities.

To also further reach some of the undercounted communities, the state has entered into a $50,000 contract with Camelo Communications to develop and execute, a widespread, multilingual social media campaign to, in part, target and activate historically low participatory communities with diverse content and messaging resources.

The state funding will be matched by an additional $500,000 in private funding by various philanthropic foundations to reach hard-to-count areas.

In addition, The Hartford Foundation and other Connecticut charitable institutions are providing grants to bolster ‌state and local programs that provide nutrition, housing, education, medical and employment assistance to low-income communities.

“Our nonprofits serving the Latino community including immigrants and undocumented residents are clearly challenged by the huge increase for services and resources as a result of the virus,” Senecal said.

By mid-May, the Hartford Foundation had committed $6.4 million through its COVID-19 Response Fund to support dozens of “dedicated community nonprofit providers as they respond to residents’ needs during this public health and economic crisis,” said Foundation President Jay Williams.

The Foundation plans to continue to raise funds to help its various clients with $3.59 million in donations from individuals, corporations, and donor-advised-funds arriving by June.

In this article:Hispanics and census figures 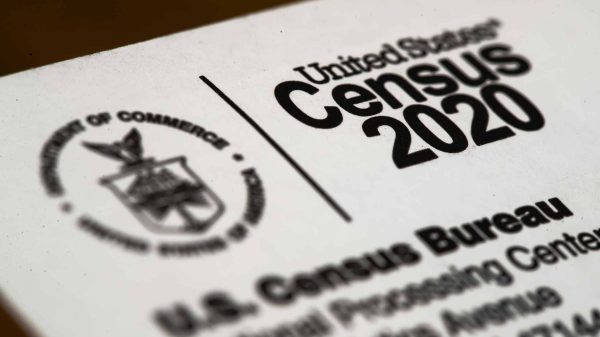 Civil rights groups are sounding the alarm over proposed changes to 2020 Census questionnaires, including combining the Hispanic ethnicity category with the race question....