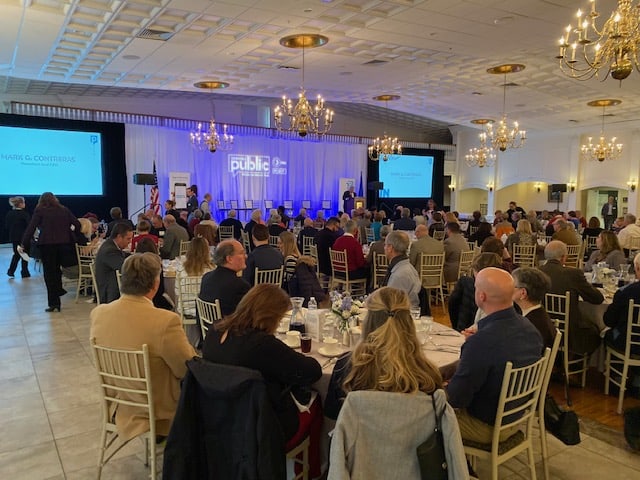 At a time when media consumers are becoming increasingly skeptical about huge conglomerate news outlets promoting political-ideological agendas shaped in part by the advertisers they so desperately depend on; an opportunity is being explored doing away with the heterogenous grip that’s strangling journalism, and in the process perhaps building a systemic business model for longterm growth.

I was one of the fortunate guests at the event. What struck me the most about the panel discussion was the repeating theme of commitment to “storytelling that reflects our community and our world.”

Connecticut Public and public media, in general, is the last mainstay of legacy news outlets properly serving local communities. Contracting budgets have forced newspapers to close by the hundreds. Television and radio news networks are also struggling financially. Gutted newsrooms’ inability to cover local news reflecting the diversity of communities both geographically and culturally makes them untrustworthy to the public.

A recent New York Times article pointed out how media giants like Sinclair blur the lines between local and national journalism in television news. When local stations are acquired by Sinclair, according to the report, their news content becomes more nationally focused and more conservative. The company often issues so-called must-run national segments, such as a recent commentary that sought to blame illegal immigration for sexual violence against children. The article also highlights that in March 2018, Sinclair directed local stations to air a promotional clip in which news anchors read a company script denouncing “the troubling trend of irresponsible, one-sided news” as if they were using their own words, a tactic that was exposed in a viral clip.

At the event, Ray Suarez, a lifetime member of the NAHJ explained in a taped interview how public media differs from corporate media by serving the best interest of the audience and not the advertiser:

“Connecticut Public is a trusted community resource. I am excited to explore ways to serve new and expanded audiences and community members throughout Connecticut and the world.”

Connecticut Public’s presentation at the luncheon featured examples of its award-winning in-depth reporting, a staple of their storied success.

What Contreras, who joined the network earlier this year, seeks to do in the evolution of Connecticut Public is to thoughtfully integrate diverse voices across the state, and nuances across platforms, namely in digital by leveraging social media.

CTLatinoNews.com (CTLN) is strategically positioned in assisting Contreras towards that end.

CTLN’s “statewide, community first” editorial focus fills a void left behind by big media that covers local news with a broad brush ignoring the complexities of residents in Connecticut.

How, as an example, policy on health care, education or housing affects a person living in Hartford is different than how it impacts someone living in Bridgeport, Waterbury, and other cities, let alone the surrounding suburbs – not to mention the nuances in gender, race, ethnicity or sexual orientation.

This is an important distinction as studies show that most U.S. Hispanics, Latinos are English dominant and get their news and information from the digital platform via their mobile devices.

While big media is susceptible to the incessant attacks of producing “fake news”, much of it because of their elitist culture; public media is still among the country’s most trusted source for news and information due to their independent voice.

I am pleased that CTLN and Connecticut Public are exploring collaborating on initiatives like CTLN Community +, which will take managers out of newsrooms and into neighborhoods across the state on listening tours held at Connecticut State Library locations.

It is imperative for me as Publisher and Executive Editor Of CTLN to build bridges with audiences in order to better understand the issues that matter most to them and for them to help shape the stories we cover.

Publisher’s Note: I also have the privilege of serving as President of the NAHJ, which is co-hosting the 2020 national conference with the NABJ next July in Washington, D.C.