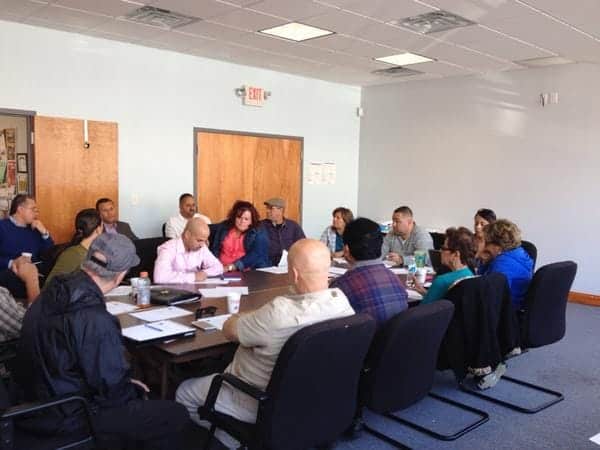 The Connecticut Hispanic Democratic Caucus (CHDC) was founded in 2004, and from its very inception the mission has been clear: “To promote the political empowerment amongst Latinos throughout the State of Connecticut.” This year their efforts towards this mission proved to be unyielding and successful.

Miguel Castro, the Caucus’s chairman since April of this year, said that overall they were very happy with the outcome of the election. However, he says he found certain outcomes to be interesting and unique, such as New Haven’s mayoral race where Mayor Toni Harp was defeated by former New Haven Alderman Justin Elicker.

“We endorsed the incumbent for mayor in New Haven, which was mayor Toni Harp,” says Castro, “and we have endorsed Mayor Harp in all her previous elections. Knowing the particular challenges that this race was facing had a lot to do with our demographics. They had a strong candidate in Justin Elicker who had been involved in the community, had been engaging in open dialogue with the Latino organizations within the city, and paid closer attention to these organizations … to perhaps help and provide thoughts for the different initiatives in the city. Mayor Harp was a long term public servant who served the city and the state of Connecticut in an admiral way, and I believe her legacy is going to stand and be remembered for many generations to come—as an African American, as a woman, as a minority. But, at the end of the day, voters make that final decision. And the voters decided that was going to be Justin Elicker.”

Despite the defeat of Mayor Toni Harp, the CHDC saw many of their endorsees’ campaigns cross the finish line victorious. And many not only crossed the finish line but broke records doing so. For instance, Emily Luna became the first Mexican American and youngest Latina elected into office in Manchester. Of this victory, Luna says: “I am honored to have received the endorsement of the Connecticut Hispanic Democratic Caucus during this year’s election cycle. I won my election in Manchester for the Board of Education. … I believe that voters resonated with my message of increasing our community’s familiarity with the Board of Education members and ensuring we continue providing the support all our students need in order to succeed. Being an elected official provides me an opportunity to become a role model for young people and especially Latinos looking to become involved in politics. I look forward to becoming a resource for people looking to become involved and help other Latinos elected into office.”

Yolanda Castillo, who was just re-elected to serve on the Manchester Board of Directors and one of the CHDC’s founding members, says she’s excited that Luna won and will be serving on the Board of Education. “I think it’s wonderful because we haven’t had a young lady on the Board for five or six years,” Castillo explains. “It’s so good for young people and women to run for leadership, it’s important … especially in the Latino community where we don’t think we can [run for office] but there are plenty [of Latinos] that are doing it.”

Over the years, the Caucus and other organizations have been pushing for more Latinos in political positions of power. Castro says he believes they are finally seeing the results of this hard work and attributes the successful outcomes to the various grassroots organizations that are currently working to advance the “thought into conversation and work to change the course of that conversation.” He explains: “We now have representation at the table discussing policy and legislation. This means that Latinos from our community can help relate the issues of the Latino community. And as we continue to be part of the dialogue we continue to make sure the thought of electing Latinos and Latinas is acted upon and make sure they are appointed to boards, and that they are not only part of the conversation.”

Castro also acknowledges that there have been a growing number of Latinos on the ballets, and that the last few elections have done a good job reflecting the demographics of the community. In turn, he goes on to explain that this “creates an additional positive outcome on how we legislate locally. How we influence state legislation. How we influence legislation at the federal level. We understand that it has come to a point where it is no longer a thought or a conversation among others we are now in the room having the conversation and changing the course of the dialogue. And that is significant and that is powerful and it is going to continue to grow.”

“… based on the census there are Latinos in every town in Connecticut.”

Yolanda Castillo, Manchester Board of Directors

Castillo agrees that representation on boards and in community politics as a whole, has been increasingly reflecting the demographics of Connecticut in a more balanced manner. Thinking back to when they first formed the Caucus 15 years ago, Castillo says, “Yes, there were Latinos serving back then but now more than ever … and it is increasing every time, which is wonderful because our population is growing in Connecticut and based on the census there are Latinos in every town in Connecticut. I think it is great that people are running for positions of power where they can impact their community. And not only for Latinos but any community that is growing. I have seen the changes, even in young people wanting to run and be part of the decision-making process and open those doors. And it’s important to continue to open those doors for those Latinos that come after you, so they can walk through them as well. Because decisions are being made on things that affect your life and you want to have someone serving that has your voice and understands where you are coming from.”

As for the future, Castro, reminds us: “The U.S. Hispanic population reached 59.9 million in 2018, up from 47.8 in 2008. A record 32 million Latinos are projected to be eligible to vote in 2020 which is indicative of a significant turnout in this 2019 local elections that will set the tone for 2020. The Hispanic voters have brought a mighty benefit to elect the candidates that reflect our values and demographics.”

Emily Luna Manchester Board of Education

Yolanda Castillo Manchester Board of Directors