Sandra Tlahuextl, whose family comes from Mexico, is a sixteen year old junior at Bridgeport Central Magnet High School. Sandra was in math class one day when her teacher said that he needed to speak to her after the other students had left, but it turned out to be a good thing. “He told me about this program and said he wanted to recommend me for it for it because I’m good at math and science,” she said.
For years, media outlets have documented the relative lack of minorities in lucrative high-tech fields. “As new economy surges, blacks and Hispanics fall behind,” wrote the Cleveland Plain Dealer, warning that the gap could persist due to a lack of minority college students currently pursuing STEM majors. Even starker has been the gender gap, which the New Republic claimed has gotten worse over the past decade.
Fairfield University is attempting to make a dent in this trend by inviting a diverse group of Bridgeport students — sophomores and juniors from local public and Catholic high schools — into an intensive computer engineering program. Of the twenty students in the fall 2013 group, eight of them are Latino/a.

Several weeks into the program, Tlahuextl reported that although the subject matter was very advanced, she found herself keeping up with the classes. “We’ve learned about binary codes,” she said. “We’ve studied DNA structure and tied computers into biology. We’ve also done the history of computers.”
So how does the program at making things like binary code and the history of computers become interesting to teenagers?
According to Fairfield University’s Dr. Wook-Sung Yoo, co-director of the program, entitled Computing Education Academy (CEA), the coursework is designed to demonstrate how computers “are used to solve the real world problems, such as how to use programming to find a certain gene sequence…and how to retrieve lost files.”
“They give us secret messages and we decode them,” said Tlahuextl. “It was really cool. They started simple and grew into more difficult processes.”
She said that the program has definitely strengthened her goal of pursuing science and computing in college. “I was aiming high and thinking about M.I.T. and Princeton,” she said.
“The program…really has me hooked,” she said.  “I really like that it has a lot of hands on activities. It gives me more opportunities outside of school that allow me to go in the direction I want to go, which is engineering.”
Dulce Valiente, another Central Magnet student, said that part of the value of the program was exposure to the college environment at Fairfield University. “Everything is so nice, and everyone is interested in learning. The teachers are encouraging. I didn’t have much experience with computer science before, but they make it so it’s not intimidating.”
Dr. Amalia Rusu, the program’s other co-chair, says that from the beginning, the program was conceived to accommodate underrepresented minority students from Bridgeport. The University hopes to make the program permanent, and currently has funding through the 2014 – 2015 school year. Support was provided by corporate donors, including ASML and the United Illuminating Company.
Dr. Carmen Sid, who was inducted this month into the Connecticut Women’s Hall of Fame for her efforts to put more women and minorities into technical careers, said that Fairfield University’s Computing Education Academy was a good example of what must be done to close the educational and career gaps in this state. “Latinas in many other Spanish-speaking countries are leaders in STEM fields,” she said. “Connecticut can certainly follow through with their models to increase the diversity of perspectives and expertise in our technology companies.”
Dr. Sid, who is serving as interim president of Quinnebaug Valley Community College, continued, “I commend Fairfield University for taking the initiative in creating empowering academic programs that bridge high school to college student populations
In this article:Bridgeport, High Tech, Latinas, Latinas and computers, STEM 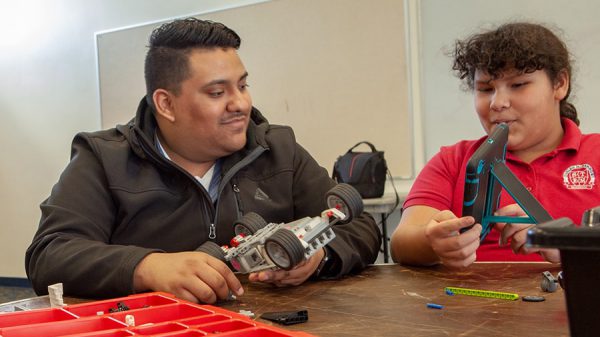 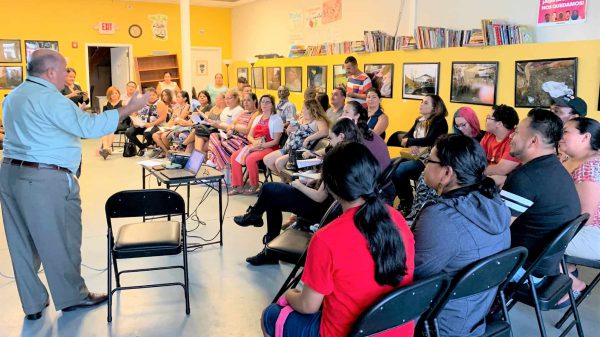 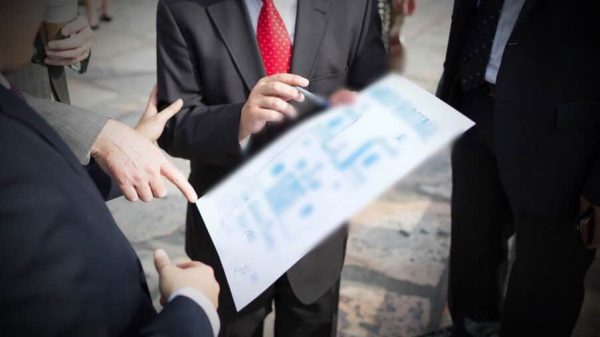