When Congresswoman Loretta Sanchez talks to a gathering it is clear why the daughter of Mexican immigrants has been repeatedly sent to Congress since 1997 from a California district that includes Disneyland.
She is animated, intense but friendly, knows her stuff and can make her points in English and Spanish with a flourish.
On Thursday, she drew the rapt attention of a room full of mostly elderly Latinos and local politicians at a Hispanic community center in Meriden. She had came to Connecticut to  campaign for Fifth District congresswoman and Democratic colleague Elizabeth Esty.
Sanchez told of her Mexican background, praised Esty, who she called her “sister” in Congress, addressed issues of concern to the group, such as education and protecting Social Security and Medicare.
The visit by the two congresswomen also focused on motivating Hispanics to vote. Esty noted later that some Latinos closely follow elections in Puerto Rico, but they really need to vote in their new country because “they live here now;  the issues that concern them are here, and their children are here.”
Esty, a Cheshire resident, gave a short talk, which Meriden council member Miguel Sanchez translated into Spanish. She cited her fight to maintain support for Medicare, Social Security and Head Start, and to establish  a pathway to citizenship for immigrants who want to become Americans.
The two congresswomen also went around the room to greet each attendee individually. Esty said the concerns they expressed included veterans issues and the future of their children.
Both Esty and Sanchez are up for re-election in a month. Esty is seeking  a second term from the Fifth District, which includes rural Litchfield County as well as New Britain, Meriden, Danbury and Waterbury–cities with large Latino electorates.
Sanchez is running in California’s 46th District, which includes Anaheim and other central Orange County communities, as well as part of southeast Los Angeles. Two-thirds of t he population is Hispanic.
The 70 people gathered at the Casa Boricua de Meriden, an aging house that now serves as a community center for Hispanics in the Greater Meriden area, included several incumbent Democratic candidates: Castro, state Senator Dante Bartolomeo and state Rep. Hilda Santiago.
After Sanchez ate a quick lunch here, she and the Esty team moved on to Community Towers, a public housing facility, across downtown Meriden.
During lunch, Sanchez, who was born in California in 1960, chatted about having three orange trees in her yard, having learned Italian–while in Rome–and Arabic, and the great pride of her mother and father, who live in her district. They are  the “only parents to ever send two daughters to Congress.”
Younger sister Linda  Sanchez, 45, has been representing California’s 38th District since 2003. Her heavily Hispanic district covers part of Los Angeles and the San Gabriel Valley.
Loretta Sanchez said the two sisters have a personal reason for keeping an eye on Connecticut’s concerns in Congress. Linda was married in 2009 to a Meriden man, Jim Sullivan. The wedding was held in the Connecticut office of First District congressman John Larson, who introduced the two.
“Linda visits Connecticut frequently” because of these family ties, said her older sister, who is married to a retired army colonel.
Esty’s Republican opponent Mark Greenberg is a Litchfield businessman. 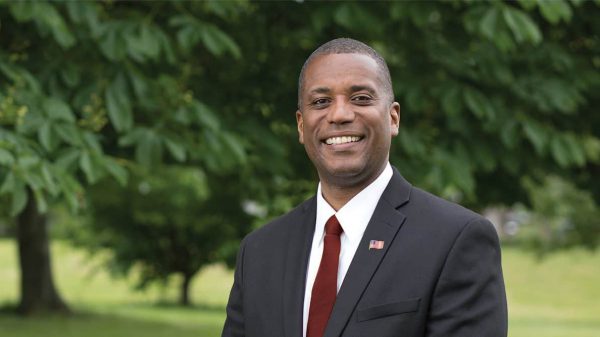 Republicans bested Democrats in 16 cities and towns in the November elections this year to control 102 of 169 of them in Connecticut. All...