Raquel Rangel from Latino Outdoors while on a trip to Sequoia National (Photo Credit: Gregory Morris)

According to the Trust for Public Land (TPL), Los Angeles currently ranks 74th out of 100 U.S. cities for park space. TPL’s Park Score system, which has been collecting data yearly since 2011, rates U.S. cities based on three criteria: park size, accessibility to residents and the budget size for programs and maintenance. For a city that boasts its 48.5 percent Latino population, it still lacks sufficient access for communities of color to enjoy open space.
The following photo profile seeks to highlight the achievements of three women across generations, fighting to create spaces for all Californians to enjoy nature.

When Raquel Rangel began getting involved in conservations around the environment, she often felt left out. “I looked around me, whenever I went to expeditions or meetings, and everyone was white. And I had this moment of ‘what are you doing here? Nobody here looks like you.’” So Rangel, a 29-year-old San Jose native, became determined to create more spaces for Latinos to enjoy the outdoors and learn about nature.
In 2014, she started volunteering for Latino Outdoors, a non-profit organization that promotes leadership, mentorship and professional opportunities for Latinos in environmentalism. At Latino Outdoors, Rangel now leads and organizes expeditions to state parks and outdoor spaces for groups that are largely composed of working-class families. The first outing she organized was to Caswell State Park, the same year she became involved with the organization.
“It was amazing to bring these people of color and families together and give them a new experience,” she says. “It turned into a big ol’ party out in the park, potluck style. From there, I got hooked.”
Rangel’s role at Latino Outdoors has changed over the years, but now she’s determined to develop her educational training to better serve the community.  She’s studying towards getting her……..
To read full story, please visit:http://latinousa.org/2018/03/28/latinasenvironmentaljustice/ 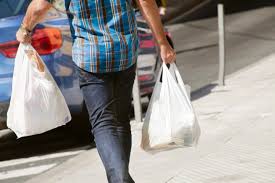 Consumers will have to take their own shopping bags or pay 10 cents per bag at the store to carry their products. The 10...

A recent study released by the Kaiser Family Foundation (KFF) and the Episcopal Health Foundation (EHF) titled “Hurricane Harvey: The Experiences of Immigrants...