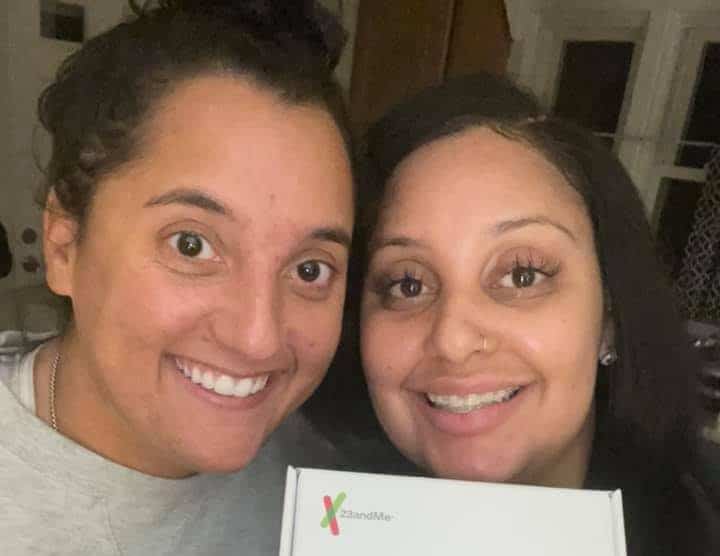 Yes, it sounds like something out of a movie. Two strangers who strike up a friendship at work discover years later that they’re biological siblings.

Julia Tinetti and Cassandra Madison met in 2013 while both working at The Russian Lady in New Haven. A tattoo of the Dominican Republic flag they each had sparked a conversation which also revealed they had another thing in common – they had both been adopted.

The friendship blossomed from there; people would often comment on how similar the two women looked – “like sisters”, they would say. But adoption paperwork dismissed that notion because it showed they were born in different cities, had different last names, and that their mothers didn’t have the same name.

Even when Cassandra moved to Virginia Beach, Virginia in 2015, the two remained close; stayed in touch.

The results came back on January 28 and you guessed it – it confirmed the two best friends were biological sisters with the same mother and father.

“It’s exciting. We’ve got one more sister,” Cassandra told ABC News. “Especially since Julia [Tinetti] and I were already friends.”

“Still processing the magnitude of the situation,” Julia said. “This is the type of thing you see on TV. Finding my biological family just wasn’t a thing for me.”

It certainly is something you see on TV, the Hollywood ending and all.

(Cover Photo: Julia Tinetti (on the left), Cassandra Madison (on the right)