This story was reported under a partnership with CTLatinoNews.

Puerto Rico is struggling to simultaneously tackle two emergencies with limited resources: earthquakes that have not stopped since December and the COVID-19 pandemic. Although the earthquakes in the south of the island have never ceased, none have been as strong as the magnitude 5.4 earthquake reported at 7:13 a.m. Saturday.

“This earthquake took us by surprise. We were no longer feeling them until now,” said Hederka Ortiz-Medina, resident of Ponce, one of the most affected municipalities.

Ortiz-Medina said that she was accompanying her mother at a supermarket in Coto Laurel when they felt the tremor.

“It was a normal morning, we were using protection for the virus, until I saw boxes were falling. Later on, a loud explosion was heard. All the boxes began to fall,” she said.

She heard people crying and yelling because they had left their children alone in their houses. Ortiz-Medina described the scene as “a horror film,” since the tremor occurred on a rainy day in the middle of a pandemic. There were many disoriented people looking for their cars in the parking lot.

Liz Yanira De Lleguas, another resident from Ponce, said that the earthquake’s sound and shaking woke her and her husband. “We are still frightened, because the aftershocks have not stopped.”

Gov. Wanda Vázquez emphasized Saturday that the government will not create earthquake shelters because of the need to keep people apart during COVID-19, and the people affected by the Saturday tremor should be relocated.

In an effort to prevent people from rushing to the south to help, the head of the island health department, Dr. Lorenzo González, said that all efforts to bring aid, including emergency supplies, must be processed through the government’s emergency operations center. He also asked residents to continue social distancing and hygiene measures.

The past discovery of warehouses full of supplies from previous emergencies that had never been distributed has led to distrust among residents that the government will provide urgently needed assistance.

María “Mayita’’ Meléndez, mayor of Ponce, said that 29 municipal buildings have been closed since January, when the strongest earthquakes hit the town. Other historic buildings like the Museo de la Masacre de Ponce were practically destroyed after the new 5.4 tremor.

The government has not reported injuries or deaths. However, citizens have reported seeing severe cracks in houses and other buildings.

The mayor of Guánica, Santos Seda-Nazario, told Primera Hora that “because we have already lost everything, there is nothing more to fall to the ground.”

“We do not want to go back after everything we have achieved,” Gov. Vázquez said in reference to the island’s efforts to fight the COVID-19 pandemic.

But that was not her position when she signed Executive Order 2020-038 on Friday to begin a “gradual reopening” of the island.

Citizens will remain on lockdown 24 hours a day until May 25. Puerto Ricans are allowed to go out between 5 a.m. and 7 p.m., to visit pharmacies, hospitals, supermarkets and other authorized businesses. The new Executive Order allows more businesses to reopen such as accounting and dental offices. Others, like hardware stores, have more limited working hours. People can also do physical activities outdoors, such as biking and jogging, at specific times. Violators will be fined, arrested or both.

It was not until April 29 that the government authorized the opening of school cafeterias to feed children in need.

Over the past three years, Puerto Rico has faced two hurricanes, the COVID-19 pandemic and ongoing earthquakes.

Saturday, health officials reported 182 new positive cases of the coronavirus for a total of 1,757 overall. The total death toll is 95 with 54 documented by tests and 41 certified by doctors because the patient’s clinical picture at the time of death was compatible with COVID-19.

In addition to reporting deaths certified by physicians, the health department uses the term “unique positive cases” to refer to their verified data. Puerto Rico’s Center for Investigative Journalism reported in April that the number of confirmed positive COVID-19 cases that have been reported can reflect a double or even triple count.

The last time the health department reported the total number of tests was April 23. 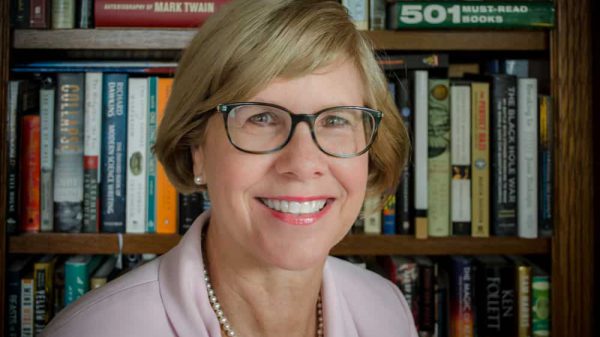 Report: Carmen Deseda had no formal academic training as an epidemiologist