Doug Maine
CTLatinoNews.com
The entrepreneurial drive of Latinos in the United States has been documented in many studies. Most new businesses created by Latinos are small family-operated businesses, at least initially. In the case of those that are successful, the time may come when the founder of the business is no longer willing or able to manage day-to-day operations, or at least begins to think about that eventuality.
Often the assumption is that their one or more of their adult children will take the reins, and it often works out that way, but not always. Members of the next generation may have different interests or careers in other fields, live hundreds of miles away or have other reasons for not stepping into the shoes of a parent.
CTLatinoNews.com spoke with three Hispanic owned businesses that have successfully transitioned to a second generation of leadership.  We continue our  three-part series with Radio Cumbre, WCUM in Bridgeport.

Son of a Broadcasting Legend

“It’s interesting, growing up – we grew up in radio stations. My dad, he worked in Hartford at WLVH (“La Grande”) for 19 years,” Pablo Colón III recalled. “I remember always having radio around, visiting him at radio stations.”
Pablo De Jesús Colón Jr. had begun his radio career in his native Dominican Republic, continuing it after moving to Puerto Rico. His next move was to Hartford, where he would spend 19 years with WLVH (93.7 FM), the state’s first successful all-Spanish language station, earning a reputation as a leading voice of Connecticut Latinos while serving as an announcer, program director, sales manager and executive vice president at the station.
Even before the sale and demise of WLVH in 1988, De Jesús Colón had been renting time on a Bridgeport radio station, selling commercials to businesses in the local Hispanic community. He saw great potential in the state’s most populous city, where the Spanish-speaking population was growing rapidly, his son said.
In 1989, opportunity knocked, and  De Jesús Colón and his wife Migdalia purchased the Bridgeport station that broadcast at 1450 on the AM dial, adopting new call letters, WCUM, for “Radio Cumbre.” (Cumbre is Spanish for peak, top, summit or pinnacle.) In so doing, they became the first Latino owners of a Connecticut radio station.
Radio Cumbre has been credited with uniting and providing a voice for Bridgeport’s Hispanic community, helping newcomers feel welcome and part of a larger community. De Jesús Colón editorialized and advocated for the city’s Latino population.
He also hosted a cable TV show and founded the popular “Gran Festival,” in Bridgeport’s Seaside Park.
In 2015, De Jesús Colón, Jr. became the first Latino to be inducted into the Connecticut Broadcasters Association’s Hall of Fame.
Colón, his son, recalled, a “I was in high school when he bought the radio station. I think if you’d have asked me then if I wanted to be in radio, I’d have said no.”
In college, he earned a degree in expatriate management, helping companies and employees who were being transferred overseas. It included everything from language training to arranging for housing and assisting with opening new offices.
“It took me overseas. I lived in Europe for almost three years,” and opened an office in London. Those skills would prove useful in his next role.
“My parents were – I just sensed they needed the help. I had started helping them in my spare time,” he said. “It was something that was gradual. I just started giving them advice over the years. I kind of transitioned from my career over to helping them with the radio station. I officially came on board in 2010.”
That’s not to say his parents are out of the picture. His dad is President and CEO and his mom is Vice President, while he is Executive Vice President and Chief Operating Officer of Radio Cumbre Broadcasting, Inc.
“I think there’s always a different element when it’s a family business. Yeah, there are disagreements, but at the end of the day, you separate business from family,” he said. “It has its own challenges, but I think it’s because it comes out of a place of love.
“They trust my opinion but don’t always agree,” Colón said.
He said the biggest impact he’s had have been on the technical and infrastructure sides of the business.
Last April, Radio Cumbre relocated from the building it had been in for 22 of its 27 years to a new location downtown. At the same time, Colón took the opportunity to upgrade areas such as communications and computers, which have saved the radio station financially and in terms of the time it takes to complete many tasks, he said.
“One of the things we really pride ourselves on is our mission and vision of being of service and being an advocate, which was a goal of his father “from day one,” Colón said.
Although WCUM is generally considered a music station, “we don’t bury public service programming in the overnight. We really believe in helping the community help itself, so we’ll have the mayor on once a month, at 9 a.m. on a Monday morning,” he said.
Radio Cumbre also partners with community organizations to get the word out about services, events, educational opportunities and voter registration drives.
“That’s one of the things that started with my dad and that’s one of the things that distinguishes Radio Cumbre from being a jukebox,” Colón said.
And when there are important issues to be discussed, people will call the station to speak their minds, mostly in Spanish but sometimes in English.
Bridgeport has the largest Latino population in the state, he said. “It’s a large audience, and Hispanics have families that have been there for more than one or two generations, so you have a level of bilingualism there.”
What he finds most satisfying is “taking the work that my dad has done, particularly in the community, and bringing it to new levels,” he said. “I work at that in terms of being one of the best resources for the community here, looking at different ways we can serve the community.” 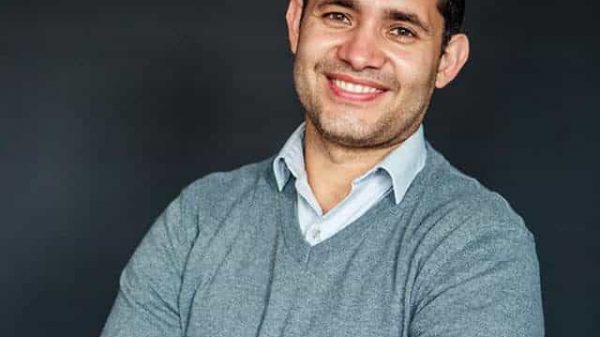 All In The Family: Three Latino Businesses Passing Torch To Next Generation

Doug Maine CTLatinoNews.com The entrepreneurial drive of Latinos in the United States has been documented in many studies.  Most new businesses created by...