Hollywood movie star Elizabeth Pena passed away recently from “cirrhosis of the liver due to alcohol.” She was 55. In 2013, Elaine Rivera, an accomplished and incisive New York based journalist, died from the same thing. She was 54. These women had a few conclusive things in common: they were both Latina, they both struggled with alcoholism, and they both died, having barely reached middle age, from cirrhosis of the liver  — a fate becoming all too common within the Latina community.

While reports state that more than 14 million women binge drink about three times a month and consume about six drinks per binge, a specific group has been noted to be at greater risk: Latinas.

“Binge drinking is a problem for all women and girls, but it is most common in high school girls and young women, whites and Hispanics, and among women with household incomes of $75,000 or more,” states the Centers for Disease and Control (CDC).

This is consistent with statistics reported by the Department of Mental Health and Addiction Services, CT., who reported that the majority of Latinas undergoing treatment were alcohol abusers. That is: 30.7 percent identified alcohol as their substance of choice, while 22 percent said it was heroin and 20 percent said marijuana. Doreen Del Bianco, who provided these numbers from DMHAS, states that while these numbers are telling of a continued concern in the immediate Latina community, they are not indicative of Connecticut’s Latina population as a whole.

Studies related to alcoholism in Connecticut’s Latina population are greatly lacking, and although nationwide studies have been able to accumulate helpful data, there are still so many holes and gaps in the information, so many unanswered questions.

The National Institutes of Health reported that even though Latinas have lower rates of alcohol use than other groups of women, they are still dying from alcoholism-related cirrhosis at higher rates (1.5 times the rate) than other ethnic or racial groups, and no one seems to know precisely why.

Cirrhosis is a cruel disease. It is caused by a scarring in the liver while it is trying to regenerate itself and maintain function. While it fights against the onslaught of abuse and struggles to survive, it destroys itself.

“Alcohol abuse is often a disease that can hide in plain sight in Latino communities,” Judith Arroyo, who studies minority health disparities for the National Institute on Alcohol Abuse and Alcoholism, told CNN reporters.

Arroyo was also quoted saying that: “Latinos sometimes diminish heavy drinking, believing that people who drink excessively once a month or every six weeks have nothing more significant than ‘un vicio,’ just a vice.”

Other suggested factors to alcoholism within the Latina community, are acculturation and the changing of cultural norms. Recent evidence shows some young Hispanic women are drinking as much or even more than young Hispanic men, whereas traditionally within the community this isn’t so.

A study in the December issue of Alcoholism: Clinical & Experimental Research shows that acculturation may especially affect Latinas. The data gathered in this study confirms that Latina women who are highly acculturated to American society tend to drink more than those who are not so highly acculturated.

While there is no definitive answer to why young women, especially Latinas, are drinking more than ever and dying at higher rates from cirrhosis, there is hope that new research and findings will lead to more awareness. 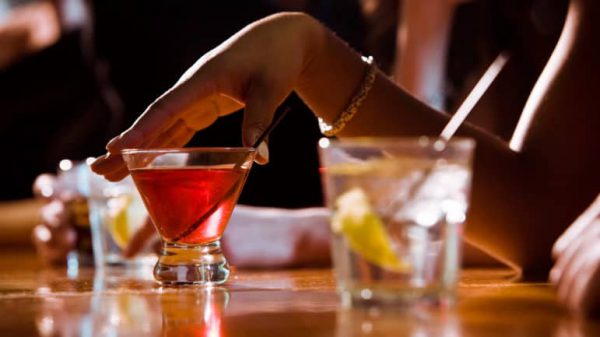 Earlier this year, a National Institutes of Health (NIH) examination of death certificates in the U.S. showed a sharp rise in alcohol-related deaths between 1999 and...