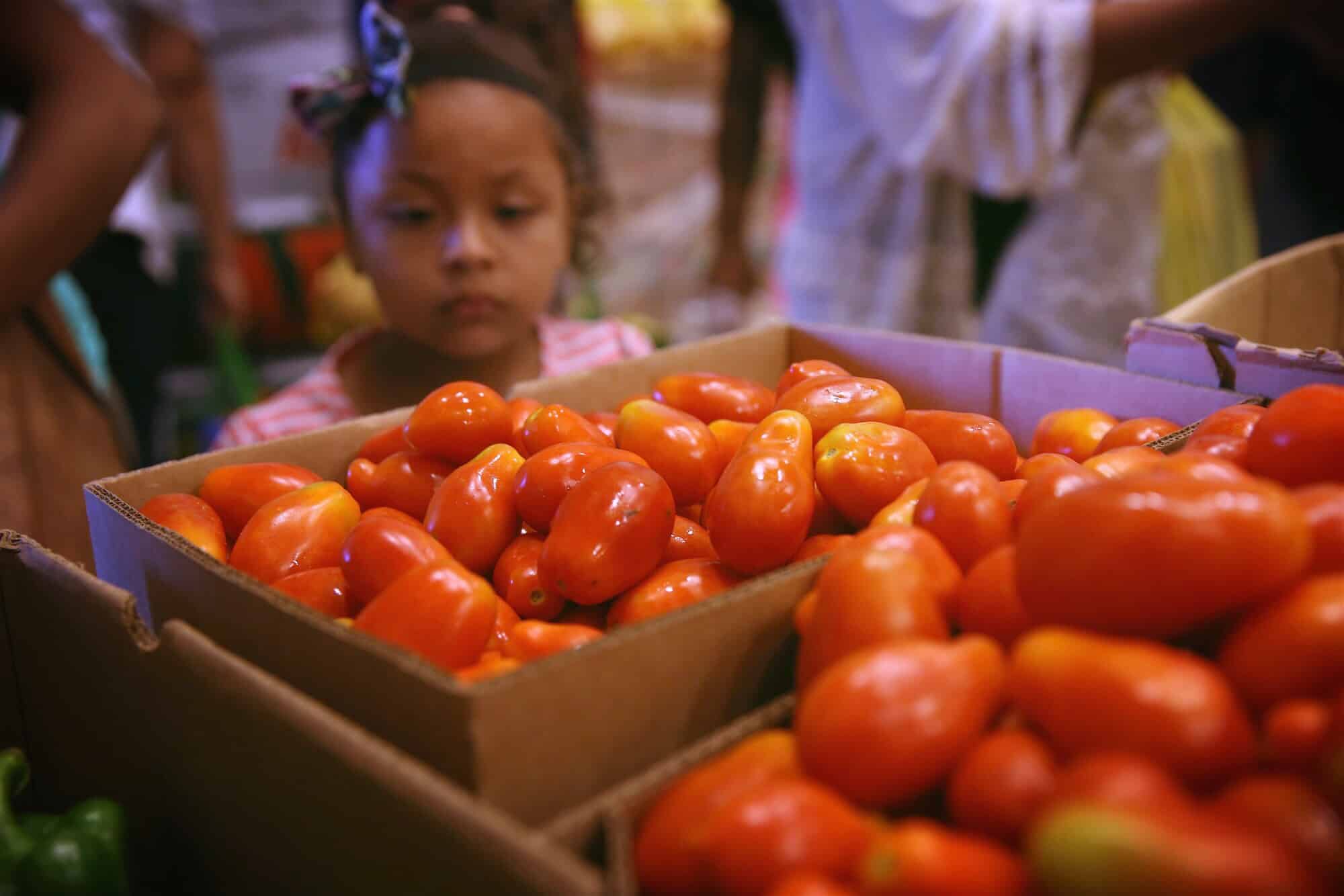 Migrating from one culture to another can have negative impacts on health.

Acculturation is difficult for many Latinos and has been heavily linked to chronic disease. How different the origin culture is from the new one plays a major role in the severity of the impact. According to many studies, those who can maintain a strong sense of home, of culture, tend to fare better in terms of health.

Grace Damio, Director of Research and Training at the Hispanic Health Council (HHC), informs that those who were less introduced to American culture prior to migration incur a larger negative impact than those who have been exposed to it prior, say Puerto Ricans for example where American companies have slowly infiltrated their culture.

Damio says a rapid change in culture is a shock to the system. “By shock,” she explains, “I mean rapid transition, and this can be diet, living situations, loss of support system, etc. It’s a very complex and multifaceted thing. It’s not a culturally specific thing, it’s a formula industry marketing thing. It’s an invasion. It’s a cultural invasion.”

The link between Latinos’ health and acculturation started to be understood when people began examining why the Latino community is affected in higher percentages with obesity and diabetes than non-Latino whites.

Sofia Segura-Pérez, Associate Director of the Nutrition Unit at HHC, says, “In terms of food a lot of it is the lack of access that Hispanic households have to a variety of healthy, affordable food.

Hispanic families mostly live in urban areas with high levels of poverty and in Connecticut, the city of Hartford has the largest percentage of Hispanics (44 percent). Hartford and other similar poor urban areas in the state are characterized by a food environment where there is an abundance of unhealthy choices (fast-food restaurants, convenience stores) and not many places to buy healthy foods, which is known as food deserts. Hispanics and other minorities are affected by high levels of food insecurity, which is not having enough money to buy at all times nutritious foods necessary for a healthy life. Thus, the combination of lack of money and living in neighborhoods not conducive for healthy eating is a recipe for obesity and chronic diseases.”

Although obesity is a public health concern in the US, with the latest statistics showing a rising trend among children and adults, with 18.5 percent of the children (2 to 19 years of age) and 39.8 percent of the adults being obese, it affects more minority populations. This is in accordance to a study by the National Center for Health Statistics (2017), which also states that in the U.S., Latinos have a higher prevalence rates of obesity among children (25.8 percent) when compared with non-Hispanic whites children (14.1 percent) and among Latino adults (47 percent) when compared with non-Hispanic white adults (37.9 percent).

Considering these statistics, Segura-Pérez  determines, “So, the combination of being food  insecure and living off food desserts characteristic of poor urban neighborhoods only continues the cycle of obesity and poor health among Latinos not only in Connecticut but nationwide.”

One in five Latino families is food insecure. Food insecurity comes when the support system isn’t strong and the transition into American life is difficult, leaving many with a low-income status. Also, the loss of being able to maintain cooking traditional dishes because of lack of access to those ingredients can leave one with little options and know-how. Introduction to different foods is even a hurdle, as they may not be used to using them in the kitchen. However, if one can navigate these hurdles and find a way to maintain normalcy, their health is less affected. The difficulty is … not folding to all the marketing and fast-food ploys.

“Preparing and eating traditional dishes among Hispanics families is very important,” explains Segura-Pérez , “and we really enjoy eating with family and friends and sharing our food. However, it is very hard to keep these traditions when you live in an environment that encourages the consumption of unhealthy ultra-processed foods and with food companies heavily promoting these foods among us. It is well documented how Spanish media shows more fast-food and sweetened beverages advertisement for children and adults when compared with English media, and how these companies purposely target Hispanic children and other minority youth. In addition, daycare centers and schools have an all American menu, so it is hard for Hispanic parents to keep their children interested in their traditional dishes.”

Segura-Pérez says it is also important to note that about three-quarters of the Latino households in Connecticut speak Spanish at home.

“Language has been used as an indicator of the level of acculturation,” says Segura-Pérez, “and speaking only English is considered the most acculturated. Thus, using this indicator, Latinos in Connecticut seem to be more between the range of less acculturated or bicultural, which means that a lot of them hold a lot their attitudes, values, customs, beliefs, and behaviors, despite the fact that they may also be using some of the American culture.”

In conducting research in this area, the HHC has found that less acculturated Latinos living in Hartford like to buy good quality fresh produce and usually spend a good amount of time shopping around to find the best produce at affordable prices and their fruit and vegetable preferences are highly influenced what they ate at their countries of origin. However, they also described their frustration trying to find fresh produce with good quality and at affordable prices.

On the flip side, studies have found that among recent Latino immigrants higher acculturation levels have been associated with lower fruit and vegetable intake and higher consumption of sugar, sugar-sweetened beverages, and added fats and with behaviors such as eating more at fast-food restaurants.

“We give a lot of power to the industry in this country to make money off of us. I think it’s really wrong,” Damio contributes. “So it’s common because of budget and access and living in an environment free of targeted marketing and littered with unhealthy food options, people of middle income and upper income tend to take on healthier practices and healthier attitudes. Low-income people lag behind—low-income whites as well as people of color. There are a lot of reasons for that but it’s similar in terms of this self-esteem, social support and the imbalance of advertising that gets shunted on people.”

Segura-Pérez says that initiatives like farmers’ markets and the Hartford Mobile Market (provided by the HHC), which both offer incentives to buying fresh produce with SNAP benefits, need to be better promoted and better-funded so they can have a higher impact on the health of Latinos.

“We also need to work in breaking the cycle of poverty among Hispanics and other minorities’ population,” she continues. “This takes work at different levels using social justice, human rights approach. The efforts need to be well funded and free of special interest groups.”

The HHC also has a nutrition program, known as PANA, which stands for Program to increase Access to good Nutrition and physical Activity. The program provides individuals with the knowledge and skills to make healthy food choices while having a limited budget. The program follows a lifespan approach using a socioecological framework, providing nutrition education for children at early childcare centers, public schools, and other community sites, teaching children the importance of eating healthy and keeping active. They also work with parents providing presentations and conducting vegetable tasting with children and parents aimed to increase the intake of fresh fruits and vegetables.

The HHC is only one organization that works to find solutions to the impact of acculturation and food insecurity. They have proven success in their community-based research, which assesses the needs and wants of the community,  improves and implements services and advocates for policies benefiting the health and well-being of Latinos. Hopefully, others will follow their lead.

In this article:Hispanics and acculturation, Latinos and Nutrition

Availability — not affordability — is the main roadblock for many Latinos struggling with access to healthy foods in their neighborhoods, researchers claim. According...