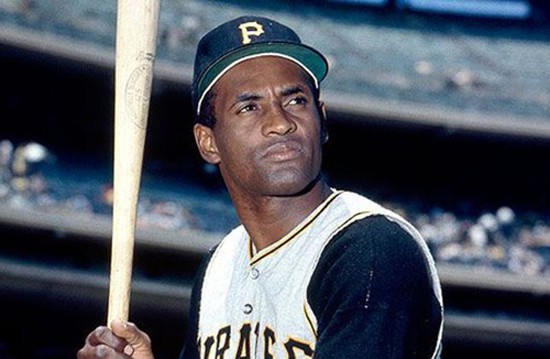 Much of what James Flores is today as a community leader and family man in Willimantic was shaped by several unforgettable experiences that took place over a 13-month period in the 1970s while he was growing up in Ponce, Puerto Rico.

Now, more than four decades after Clemente’s death at the age of 38, Flores is looking forward to  his hometown sharing the town’s large Puerto Rican community’s great respect for the life and legacy of the island’s greatest sports hero with the dedication of the Roberto Clemente Baseball Field at 1 p.m. April 27 at Willimantic’s recreation park.

“We need to keep our heroes alive,” Flores said of the naming of public sites for people admired in the community.

The ballfield is located off Main Street in Willimantic, which is the urban centerpiece of the diverse Town of Windham. The site includes other sports venues, but the Clemente designation will only apply to the baseball field, which is used by the Windham Tech high school team in the spring.

When Clemente died December 31, 1972 in the crash of an airplane carrying relief supplies to earthquake-devastated Managua, Nicaragua, the gifted right-fielder of the Pittsburgh Pirates major league baseball team already was someone the 14-year-old Flores hoped to emulate.

In playing baseball as a youth, Flores mimicked Clemente’s “almost limping” home run gait and copied how the future Hall of Famer’s stretched his neck when he came to bat.

“Roberto Clemente and  Muhammed Ali, have been my role models,” he said, and it was not just because of what the Puerto Rican baseball player did on the field. “My big admiration for him is as a humanitarian and civil rights activist,” he said. The former city council member, who also was impressed that Clemente was basically a humble, family man.

Flores received help from various community leaders for his project. The local branch of the NAACP will co-sponsor the dedication ceremony and on his Facebook page, he has posted more than two dozen photos of various local officials and town employees standing with a banner announcing the dedication ceremony.

But it Flores who really carried the ball, say local leaders such as longtime council member and ally Dennis O’Brien and Recreation Director Tara Risley Calixto during a recent community television program. He made sure every step of the process was done exactly right, they said, from filing the initial application to recently getting the green light for his project from the town council.

Flores efforts on behalf of his field of homage to a Puerto Rican hero were not confined to his hometown and included a visit to the land where he acquired the memories that have remained very vivid both in terms of their details and the emotions they evoked.

In early March, he traveled to the Caribbean island to publicize the project and to obtain the Clemente’s family’s approval for the naming of the ballfield. Flores said that he and his idol’s second oldest son, Luis Roberto Walker, talked for three hours.

Growing up in Puerto Rica, Flores like almost everyone else in the U.S. territory and many people of Puerto Rican descent living on the mainland, closely followed Clemente’s baseball exploits.

The date of January 3, 1972 is one that Flores remembers very fondly. This was day that Clemente, who was serving as a manager-player for the San Juan Senators, came to Ponce and “this was first time I attended a professional baseball game with my father,” Flores said.

During the winter off-season, Clemente, like many major leaguers, earned some extra money and kept in shape by playing in winter leagues around the Caribbean

Flores and his father wanted to sit behind third base where the visitors dugout is located but ended up in the less expensive right field bleachers. This would be a great location if Clemente were to play his regular outfield position, but the major leaguer spent most of the game in the dugout.

However, Clemente understood that the crowd was there to see him play baseball so he came up to bat as a pinch-hitter in the ninth inning and, Flores recalls, smacked a line drive over third base for a hit.

The 80-pound Flores joined other youths who clamored up the 40-foot light stanchion in right field to make their way to the third base side where the visitors dugout used by Clemente’s team was located. “The police did not care,” Flores recalled.

After the game, Clemente spent about a half-hour signing autographs. Flores did not have any paper for him to sign, he had a good view of his idol from a perch on the dugout roof. “I was about five or seven feet away and he looked small,” said the Willimantic resident remembered.

Nine month’s later, interest in Clemente was magnified as the Pirate outfielder closed in on his 3,000 hit, a milestone only previously achieved by 10 major leaguer and by no Latino ball player.

On September 30, as all of Puerto Rico followed the broadcast of the Pirates game against the New York Mets, Clemente delivered what would be the final regular season hit of his illustrious career. “That day Puerto Rico was paralyzed,” Flores said of the excitement that ensued.

Three months later another epochal moment in Flores life occurred.  It was at 11:45 p.m., on New Year’s Eve that Clemente’s plane crashed a few minutes after leaving Puerto Rico.

New Year’s celebrations across Puerto Rico fell virtually silent as the news of Clemente’s passing spread. “My mother started crying,” Flores said, and so did other members of his family.

Some people hoped the Clemente might have survived, the Willimantic resident said. His body was never found.

On Three Kings Day, (Día de los Reyes Magos), January 6, 1973, the search for Clemente ended and plans for a memorial were set. “That was the worst day in my life,” Flores said.

Most likely, the mood will be a lot different on Saturday, April 27 at the Roberto Clemente Baseball Field. There will be speeches, no more than five minutes each; live music, samba of course; refreshments and some “surprises,” Flores said.

There also might be a moment that afternoon, when Flores can look out on the infield and he might imagine his hero running the bases like he did nearly fifty years ago in Ponce.

In this article:Roberto Clemente, Willimantic and Hispanics

Willimantic Latinos: Everyone Forgets About Us

Bill Sarno CTLatinoNews.com   Willimantic is about 30 miles by car from Hartford, but for its growing Latino community the distance between two...