As it enters its 45th year of  treating substance abuse, Hartford-based Youth Challenge of Connecticut, a faith-based nonprofit treatment facility has a critical ongoing mission, which is embedded in the demographics of substance abuse in Connecticut.
While the rate of Latino substance abusers generally mirrors the state’s overall population, the number of Hispanics in state-supported programs, 9,400, is troubling.
Latinos, who now comprise about 15 percent of the state’s overall population, represent  more than 19 percent of those 18-34, an age group which provides nearly half the clients served though the state Department of Mental Health and Addiction Services. There is potential for this disparity to grow since the  median age for Hispanics is  27,  as compared to 40 for the state’s  general population.
The need for bilingual anti-addiction programs, such as that offered by Youth Challenge, is underscored by the fact that Spanish is the primary language in many Hispanic households, a situation likely to expand due to the dramatic influx of Latino immigrants in recent years.
In 2013, less than half of the state’s treatment centers had bilingual capabilities, according to a survey by the U.S. Department of Health and Human Services. In addition, Youth Challenge notes that its residential program is one of the few in the state qualified to accept Spanish-speaking substance abusers.
“We are ready to meet the needs of Latinos,” said Dr. Noel Casiano, who became the residential facility’s executive director in September.

However, Casiano, who holds a doctorate in clinical psychology, emphasizes that the center’s programs are not strictly for Hispanics and participants come from all parts of Connecticut and a wide variety of backgrounds.
Youth Challenge’s client profile in fiscal 2014, according to the DMHAS, listed 29, or 45 percent, as Hispanic-Puerto Rican, compared to the state provider average of 12 percent. Two clients, or 3 percent, were in the Hispanic-other category.
Youth Challenge operates a 15-bed residence on May Street in Hartford and  a nine-bed training center in Moosup. Both are for men only. A women’s center is currently closed, but Youth Challenge hopes to reopen this program, said Olga Acosta, who handles the program’s public relations.
Like many of the people it serves, Youth Challenge has Hispanic roots. Bishop Raul Gonzalez, a former addict who was born in Bayamon, Puerto Rico, helped launch the program in 1970 and for many years was its director.
His most recent successor, Casiano, arrived after a 16-year career with the state Department of Children and Families. He also works at the Wheeler Clinic and teaches at Central Connecticut State University.
Casiano and others associated with Youth Challenge are looking forward to the facility’s annual banquet Feb. 21 at the Glory Chapel International Cathedral, 221-225 Greenfield St. in Hartford.
The keynote speakers at this fund-raising event will be Jimmy and Nelba Greene, parents of Ana Marquez-Greene, one of 20 children slain two years ago in Newtown. The Greenes were members of Glory Chapel before they moved to Newtown.
Bishop Gonzalez  founded Glory Chapel in 1979, initially so that Youth Challenge graduates would have a place to worship and become part of a church family.
The church, whose senior pastor, the Rev. Paul Echtenkamp, a member of the Youth Challenge board,  now serves people of all different ethnicities, Acosta, said.
The Connecticut treatment program is affiliated with Youth Challenge International, also founded by Bishop Gonzalez, which in recent years has been active in Florida, Puerto Rico, Guatemala, Costa Rica, Venezuela, Dominican Republic, Peru and Kenya.
Currently, 80 percent of Youth Challenge’s residents in Connecticut are voluntary, walk-in clientele, and 20 percent come through referrals made by hospitals, courts, clergy, and correctional facilities.
There is no shortage of potential clients for substance abuse treatment in Connecticut.
The state Department of Mental Health and Addiction Services, which only treats people who are uninsured or under-insured,  recently reported that for fiscal year  2014, which ended June 30, it had 56,782 clients, mostly men, who received substance abuse treatment through public and private facilities.  More than 7,000 of this group also received mental health services.
Overall, 20.5 percent of the clients where listed as Hispanics with nearly 6,000, or more than half,  being Puerto Rican.
The Youth Challenge program treats about 75 men per year, Casiano said, and includes an eight-month residential component and a re-entry program. All residents must have completed detoxification before arrival at the center, he said.
Residents spend four months in Hartford and then go to the Moosup for an additional four-month period. Graduates  attend a re-entry program that helps them find employment and housing as well as reunite with their families. They also serve as role models for the new residents and, in turn, are required to have a mentor, said Casiano.
Financial support comes from the state, which pays a set per person fee for its referrals, and from private individuals and churches.
Youth Challenge also accepts patients covered by Medicaid and Medicare,  as well as referrals from Advanced Behavioral Health, a non-profit management service that functions somewhat like an HMO for substance abuse and mental health cases.
Fund-raising events like the annual dinner and a September walkathon, also are important to the center. The ad book for the dinner also draws support.
“People believe in what we do,” said Acosta.

Tickets to the Feb. 21 fund-raising dinner are $35 each and may be obtained from Olga Acosta and Jesse Velasquez at the Youth Challenge office, 15 Main Street, Hartford. For information, call (860) 728-5199. 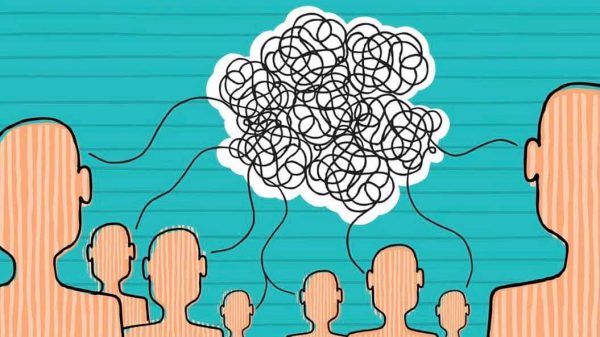 Annika Darling CTLatinoNews.com   The Centers for Disease Control and Prevention have recently classified prescription drug abuse as an epidemic. Prescription medication abuse is...

Spreading the Word about Drug Addiction

A Walk-A-Thon to raise funds for Youth Challenge of Connecticut Inc.; a nonprofit residential substance abuse treatment organization licensed by the state of Connecticut,...