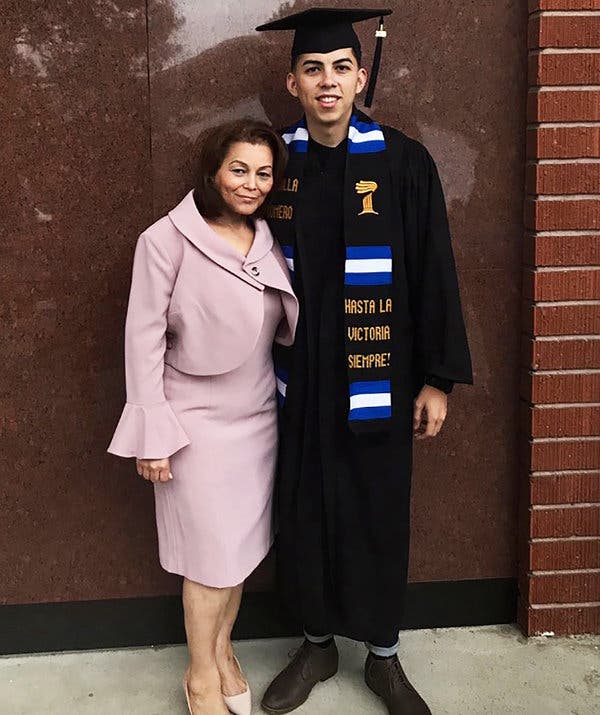 UPDATE 11/28/19: Tania Romero has been released by ICE, according to a report filed by El Sol.

In a taped message, Romero thanked God and the people who supported her and her family while in custody of immigration officials.

She was released last Friday, according to El Sol. Her deportation case is still pending.

As a Yale Ph.D. student continues to fight to prevent his mother, Tania Romero from being deported to Honduras, Immigration and Customs Enforcement (ICE) have stepped up their efforts to do just that.

Cristian Padilla Romero, Yale class of ’24, said he received a call shortly after midnight Monday from one of his mother’s fellow detainees at the Irwin County Detention Center in southern Georgia, according to an article in the Yale Daily News.

In an interview with the News, Padilla Romero said that ICE had “forcibly removed” his mother from the center during the night. ICE officials allegedly told Romero she was receiving a phone call, Padilla Romero told the News. Once in another room, she was handcuffed and moved to an undisclosed location.

Padilla Romero said he was able to speak with his mother via video chat Monday evening and that her arms were bruised following the removal from the detention center.

Romero is a stage 4 cancer survivor and her health has declined since being in detention, and she has been diagnosed with a severe B12 vitamin deficiency.

“ICE’s continuously willful and capricious actions are putting my mom’s life in danger,” Padilla Romero told the News. “This unmistakably amounts to torture.”

According to the News article, Irwin County Detention Center personnel told Padilla Romero early Monday that although his mother was removed, they could not disclose her status or whereabouts, he said.

Noemi Puntier, the attorney representing the family, went to the immigration court in Atlanta on Monday, but it was closed due to Veterans
Day, according to the News article.

Padilla Romero’s family is from Honduras, but he grew up in Atlanta. His mother, who is undocumented, was pulled over for a traffic violation in Georgia in August. She was arrested and placed in ICE detention, according to a wnpr.org article.

“We have an appeal pending,” he told WNPR. “I have written and verbal confirmation from the Honduran Consulate and the embassy that they do not have her travel documents.”

Padilla Romero learned late Monday that the lack of those documents prevented ICE from putting his mother on a plane back to Honduras.

In an interview with the News, Angelina Williams, consul of the Honduran consulate in Atlanta, said, “The Honduran government is asking ICE (to allow Romero to stay) in the U.S. for the years she needs to be treated. The hospital where she received treatment in Georgia has issued a letter that she needs follow-up treatment. She needs four more years in the U.S.”

Padilla Romero told WNPR that when he was growing up, his mother worked up to three jobs to support her children.

Following his mother’s arrest, Padilla Romero said he considered not returning to Yale to continue his Ph.D. studies. “It’s very difficult,” he told WNPR. “I mean, even starting this semester was a decision that took a lot of deliberation on my part. I wanted to be at home. I finally decided to come and continue the semester and see what I could do from here. And I think I’ve been doing a decent job of that up until last week and this week where it’s like I’ve been on high alert 24/7 because of the situation she’s in.”

The New York State Senate Monday killed the DREAM Act in a “razor-thin” mostly partisan vote. With 32 votes needed to pass, the measure...