By Robert Cyr
CTLatinoNews.com
While it was her distinctive voice that landed her fame, it was Vicki Carr’s ability to meet the challenges that she faced as a Latina  that ultimately helped her succeed as a performer.  Carr, a Mexican-American and three-time Grammy Award winner, says she has had to fight against gender and racial stereotypes throughout her career.
“As women we have to push forward, and 54 years ago, this was not encouraged,” she said. “Having to take a stand early in life prepared me to take a stand for other moments in my life and career. If you know in your gut it can happen, you can’t let anyone – a superior, president of a record company, or your father – tell you it can’t. No one knows what you personally feel, because they aren’t you.”
Carr will share her experiences and insights from more than half a century in the entertainment industry as the headlining speaker at the 10th Annual Latinas & Power Symposium in Hartford this May.
Unlike many acts that rose to fame during the same era, Carr still tours regularly and produces new material. She recently returned from a fundraising concert at London’s Palladium and is set to tour in Nicaragua and Mexico later this year. Carr’s 50th anniversary album “Viva La Vida” was released late last year, and she is currently in talks with publishers about her memoir, which is tentatively titled “My Own Song.”
Born in El Paso, Texas and raised in Southern California, Carr is the oldest of seven children. She began performing at four years old by singing at a Christmas program.
She was signed to Liberty Records and in 1962 recorded “He’s A Rebel,” which first became a hit in Australia, charting at number five. She followed up with “It Must Be Him” in 1967, which topped the charts in England.
Since then, Carr has released more than 60 best-selling recordings and performed for the Queen of England, five United States Presidents, and soldiers in Vietnam. She is also the spokesperson for television, radio and print advertising in English and Spanish for Humana Health Organization’s Medicare supplement program and devotes her time to several charities, including the United Way, the American Lung Association, Cancer Therapy and Research Center, the Muscular Dystrophy Association and St Jude’s Hospital.
In 1971, she established the Vikki Carr Scholarship Foundation, which offers college scholarships to Latino students in California and Texas.
“As a woman and a Latina, you’re told that ‘The Man’ is always right, and that carried over into my business dealings and into my life, and you have to get beyond that,” she said. “You can still be a woman and a lady and still accomplish great things. There has to be a balance. I’m not looking for any man’s job. I just want to be treated on par with them.”
The 10th Annual Latinas and Power Symposium is May 9 at the Hilton Hotel in Hartford from 8:30 a.m. to 6:30 p.m. 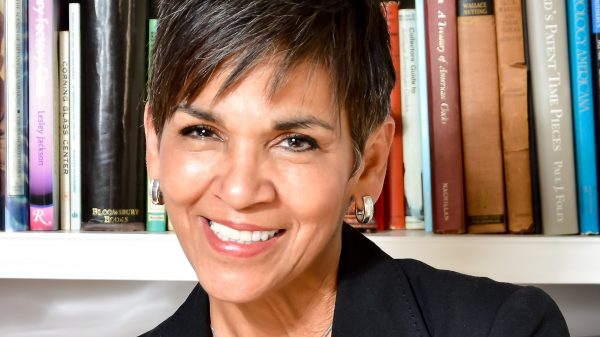 Success, Inspiration and Comraderie for Latinas of All Ages

Cara Kenefick CTLatinoNews.com As Maribel Corbett guided a group of Latina students through the exhibitors’ tables at the Latinas & Power Symposium in Hartford...