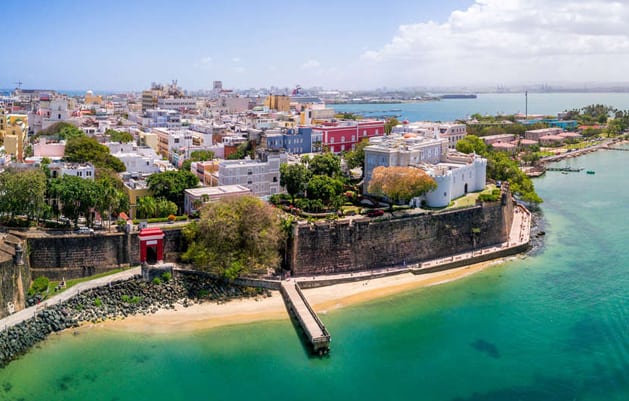 The bill failed on a 44-49 vote. The $13 billion disaster relief bill was introduced in February. However, last week, Senate Appropriations Chairman Richard Shelby (R-Ala.) introduced an amendment that would expand the bill to include relief for Midwestern and Southern states hit by recent flooding and tornados. The bill included $600 million in nutrition assistance for Puerto Rico — an amount Democrats felt was insufficient.

Late Monday night following the bill’s defeat, Trump took to Twitter and wrote, “The Democrats today killed a Bill that would have provided great relief to Farmers and yet more money to Puerto Rico despite the fact that Puerto Rico has already been scheduled to receive more hurricane relief funding than any ‘place’ in history. The people of Puerto Rico…are GREAT, but the politicians are incompetent or corrupt. Puerto Rico got far more money than Texas & Florida combined, yet their government can’t do anything right, the place is a mess — nothing works. FEMA & the Military worked emergency miracles, but politicians like…the crazed and incompetent Mayor of San Juan have done such a poor job of bringing the island back to health. 91 Billion Dollars to Puerto Rico, and now the Dems want to give them more, taking dollars away from our Farmers and so many others. Disgraceful!”

In response to Trump’s tweets, San Juan mayor Carmen Yulin Cruz responded with her own tweets, “Pres Trump continues to embarrass himself & the Office he holds. He is unhinged & thus lies about the $ received by PR. HE KNOWS HIS RESPONSE was inefficient (sic) at best. He can huff & puff all he wants but he cannot escape the death of 3,000 on his watch SHAME ON YOU!”

Trump continued his Twitter attacks against Puerto Rico and its leaders Tuesday morning.

“Puerto Rico got 91 Billion Dollars (sic) for the hurricane, more money than has ever been gotten (sic) for a hurricane before, & all their local politicians do is complain & ask for more money. The pols are grossly incompetent, spend the money foolishly or corruptly, & only take from USA,” Trump wrote on his Twitter account.

Trump has repeatedly claimed that Puerto Rico received $91 billion in aid, which it did not. The $91 billion was the estimated cost of damages following the hurricane. According to the Washington Post, about $11 billion in federal funding has been spent on the island.

In an op-ed that ran in the New York Daily News, Senate Minority Leader Chuck Schumer wrote, “Rather than keeping a promise to provide necessary aid to help Puerto Rico recover from these devastating hurricanes, the Trump administration and Senate Republicans continue to find ways to slow down and limit critical federal dollars from reaching our fellow American citizens still recovering from these disasters.”

Schumer also said the Trump administration had yet to disperse nearly $20 billion in long-term recovery and mitigation funds for the island, more than a year after the fund were approved by Congress.

Connecticut lawmakers demand more disaster relief dollars for the victims still enduring the effects of Hurricane Maria. “Nineteen months after Hurricane Irma and Hurricane Maria, they still have intermittent water shortages and intermittent power,” State Representative Geraldo Reyes said in an interview with WNPR. “To have the president of these United States actually shortchange the people of Puerto Rico, who are American citizens, and treat them less than — to say it’s disheartening is putting it mildly.”