Yolanda Negrόn knows Willimantic well after graduating from Eastern Connecticut State University and serving on the Windham Board of Selectmen. She is seeing “many new faces” in the local Latino community and these new faces are not Puerto Ricans.
Willimantic provides a window into a quiet, but notable, change taking place in our state. The new Latinos coming to Connecticut are almost as diverse as there are Latin American countries. Willimantic, like so many other Connecticut towns, has a long history of immigrants. Irish, Polish, Ukrainians, and French Canadians first immigrated to Willimantic, and Puerto Ricans began arriving in the 1950s looking for a better life for their families.
Many Puerto Ricans worked at the American Thread Company or the Hartford Poultry Corporation, also called La Chicken by the many Puerto Ricans who worked there. La Chicken closed in 1972 and the American Thread Company closed in 1985. As the jobs disappeared, many Puerto Ricans left Willimantic, although they are still the largest Latino ethnic group in the area.
Now, the Windham Textile and History Museum is hosting a Latino Migration Exhibit, analyzing the comings and goings of the city’s Latinos. Executive Director Jamie Eves said that more Latinos from Guatemala, Mexico, and the Dominican Republic are now living in Willimantic. The latest data from the U.S. Census Bureau confirms Mr. Eves’ insight into the changing Latino population in Connecticut. In 2010, the largest influx of Latinos into the state was from New York State; Puerto Rico ranked second, Central America third, and Florida was a close fourth. More significantly, nearly two of every three new Latinos who moved to Connecticut that year were from one of the other forty-nine states.
Adding to this changing pattern, while 16,800 Latinos moved into Connecticut in 2010, about 9,700 left. Which Latinos left and where did they go? The main destination was Florida, which accounted for nearly one of every four Latinos who left Connecticut. New York State ranked second and Puerto Rico was a distant third. We do not know for sure which of the different Latino ethnic groups are leaving, but Florida had a 75 percent increase in its Puerto Rican population in the last decade. Puerto Ricans from Connecticut may be part of that large increase in Florida. In fact, nearly as many Latinos left Fairfield County alone for Florida (1,030) as did Latinos from Los Angeles County (1,160).
In 2000, 61 percent of Latinos in Connecticut were Puerto Rican, which dropped to 53 percent in 2010. The 2010 census tells us that Puerto Ricans are still the largest Latino ethnic group in the state and Mexicans are now the state’s second largest Latino ethnic group. Mexicans making up more than 10 percent of Latinos in Connecticut. They are followed by Dominicans, Ecuadorians, Colombians, Guatemalans, Peruvians, Cubans, Hondurans, and Salvadorans. If this trend continues, the population of non-Puerto Rican Latinos in Connecticut will outnumber Puerto Ricans when the next national census is taken in 2020. It may happen sooner than that.
In many ways, Connecticut reflects the nation’s racial and ethnic diversity and it is also starting to reflect the nation’s Latino diversity. How might this changing mix of Latinos impact the state’s future?
Latinos come here to work for a better life for themselves and their families, just like prior waves of immigrants to Connecticut such as the Polish, Italians, and French Canadians. Similar to the cultural differences between Poles and Italians, there are cultural differences between the many Latino ethnic groups because of their diverse geographical origins. This might make it more difficult for Latinos in Connecticut to have a single voice, which has historically been dominated by Puerto Ricans. Conversely, the lack of a single dominant Latino group may cause the many different groups to look beyond their differences and unite on their many common needs. Either way, the role Latinos will have in Connecticut’s future will change with the new Latino populations undoubtedly leaving both a diverse and unique mark on the state.
Orlando Rodriguez is a frequent contributor to CTLatinonews.com. He is among the new mix of Latinos in Connecticut, born in Cuba and moved to Connecticut from South Carolina in 2002.
(Photo by tvanhoosear via Flickr)

In this article:Latino migration, Willimantic 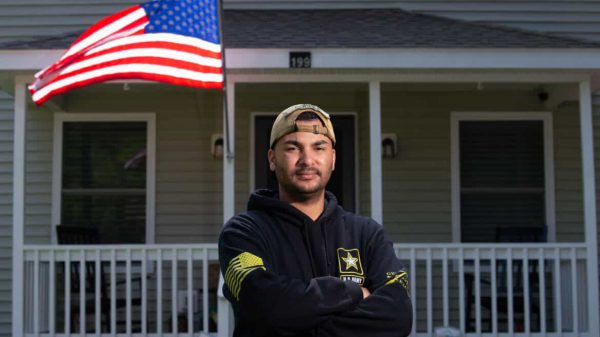 Editor’s Note:  This is the first in an occasional series of reports on the numerous and diverse Latino sub-groups that make up...