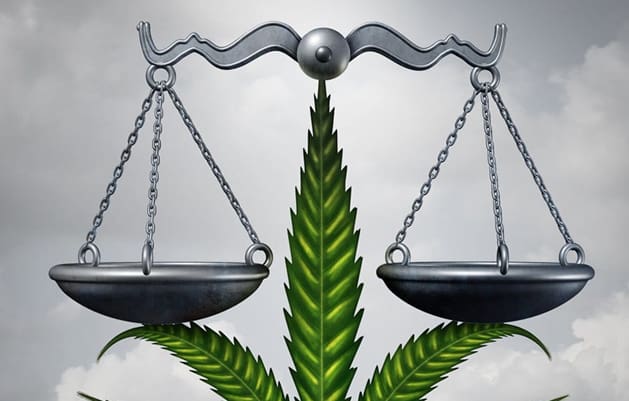 Connecticut took the first step toward legalizing marijuana on March 25 when the general law committee approved a bill by a 10-8 vote, the Hartford Courant reported.

According to the Courant article, the proposed bill establishes a framework for cannabis sales to those 21 and older.

However, the committee vote was the first step. The legislation would still need to be approved by the House and Senate and then signed into law by Gov. Ned Lamont.

Supporters of the bill reviewed by the general law committee, said it contains a provision that they say will blunt the decades-long damage done to Latinos and African-Americans in the war on drugs. It would give preferences in licensing for cultivation, manufacturing and sale of cannabis products to people from these communities that have been adversely impacted by high rates of arrest and conviction, courant.com said. In addition, they would pay lower licensing fees.

“We have a black market and we stay idle and do nothing, that black market is going to continue to thrive. The opportunity for us to regulate this market and utilize these dollars and really invest them … in addiction care, that goes a long way,” Candelaria said.

Rep. Geoff Luxemberg, D-Manchester, told the Courant that he equated the equity provisions to affirmative action, reparations for Japanese-Americans interned during world War II and other steps taken to right past wrongs.

“When we’re undoing a vast racial injustice, it’s not enough to say ‘We fixed the policy and everyone starts at a level playing field,’ because everyone’s not starting at a level playing field … we cannot legalize this industry and not provide economic opportunity for the people who have been most harmed. It’s wrong from a civil rights perspective and it’s wrong from a policy perspective,” Luxemberg said.

Although he was the only Democrat to vote against the bill, Sen. Douglas McCrory, D-Hartford, said that while addressing past inequities is essential, the bill, he told the Courant, did not go far enough in fixing the racial disparities in the criminal justice system.

“No one can dispute that cannabis prohibition was racist from its intent. We have a policy that’s been left over from the Jim Crow era. We have an opportunity to stand up for righteousness, stand up for people have been harmed,” McCrory said.

Republicans who opposed the bill said there are better ways to address the disparities.

“If this is a conversation on equity, I would be happy to have that conversation,” said Rep. Vin Candelora, R-North Branford. “But I look at what this drug is doing and I can’t think it is going to be a positive for the state of Connecticut.”

Endorsing legal marijuana sales for adults is not new to a legislative committee in the state. But, this proposal goes into more detail than previous measures. Supporters of marijuana legalization say the effort has more momentum this year due mainly to new lawmakers and a governor who favor marijuana legalization. But it is still unclear if the bill has the needed votes for final approval.