Some of Eloisa Melendez’s colleagues have been working in politics since before she was born.
It’s not surprising, considering Melendez is only a 24-year-old student at the University of Connecticut-Stamford who was first elected to the Norwalk Common Council when she was 19.
Melendez has long been enamored with elections since she was little and her mother, a Colombian immigrant, taught her how to vote at the polls. It was a memorable experience when Melendez was able to vote for the first time during the 2012 presidential election.
“The first time I could vote was very, very special,” she said. “There’s an election every year, but there was something about being able to vote in a presidential election. I was like ‘all right, what’s next?'”
The next step came in the form of a vacant seat in District A for the Norwalk city council. With the help of family friend and former city council member Warren Pena, Melendez went for the seat and won. The Democrat became one of the youngest council members in recent history when she took office in November 2013.
The Norwalk High School grad has since joined four committees — Planning; Health, Welfare & Public Safety; Public Works; and Ordinance. Melendez estimates she attends about 10 to 15 meetings a month and said she goes out of her way to try to answer every call, email and text she receives from her constituents.
She’s also a full-time student at UConn-Stamford and is on track to receive her bachelor’s degree in political science with a minor in women’s studies next year. She already has an associate’s degree in general studies from Norwalk Community College. She said attending local colleges has allowed her to stay involved in her community while fulfilling her dream of becoming a UConn Husky.
She also is the vice president of the Latinx Student Association and is the president of the UConn-Stamford College Democrats, both of which were founded this semester.
“I’m one of those people that does not work well if I’m not busy,” Melendez said. “When you have free time, you fill it with things you probably shouldn’t be doing. People are like ‘how do you work?’ In some ways, I work well under pressure. I put out fires all day. It keeps me going because I need to get things done.”
Melendez is also among just three women on the Norwalk city council and one of the few Hispanic officials. However, she brings a fresh perspective to city planning as someone who recently attended Norwalk schools and plans to one day raise her own family in the city.
“A lot of young people are leaving Connecticut,” she said. “That’s what’s always reported…I wouldn’t say young people don’t want to stay in Connecticut. I think they feel like they can’t. From the perspective of a young person who wants to stay in Connecticut, particularly in Norwalk, you have to plan. I’ve seen how Norwalk has grown and I kind of understand the potential we have as a city and more than anything, I know what we can be while also preserving some of the things that are important to us.”
Being Latina and the daughter of an immigrant helps Melendez bring a new point of view to politics. When she campaigns door-to-door, she is able to use …
To read full story, please visit: https://m.stamfordadvocate.com/local/article/UConn-Stamford-student-balances-college-and-12980501.php?utm_campaign=twitter-mobile&utm_source=CMS%20Sharing%20Button&utm_medium=social 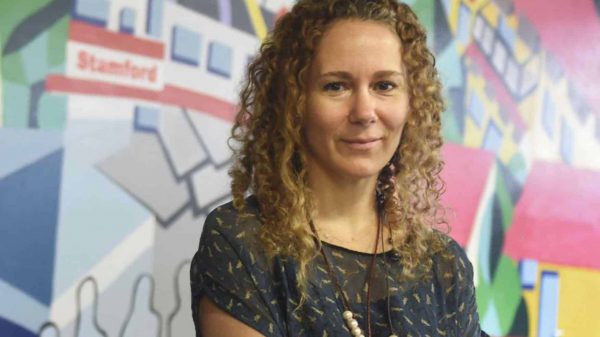 Bill Sarno/CTLatinoNews.com Their interests, backgrounds and where they live are diverse, but Isabel Ceballos of Simsbury, Maria Nazario of Chaplin, Emilio Estrella of South...

Who Are The Latino Candidates Up For In This Election?

Bill Sarno CTLatinonews.com This year’s general election offers an opportunity for some breakthroughs for Connecticut Latino politicians and may also provide an indicator of how...