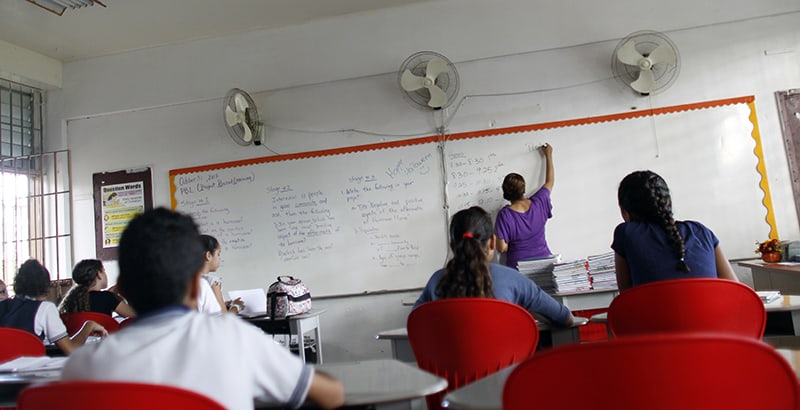 The number of school-aged children in Puerto Rico dropped 30 percent from 883,000 to 609,000 according to a report released by the Center for Puerto Rican studies at Hunter College in New York City.

Puerto Rico had been experiencing a population decline driven by migration and low birth rates even before it was hit by Hurricane Maria in 2017, the nbcnews.com article said. After the hurricane hit, migration intensified especially among adults with children, researchers said.

The island is undergoing a “demographic winter” in which fertility rates are low — below two children per woman, as migration from the island to the U.S. mainland continues, and deaths on the island exceed births, said demographer Alejandro Macarron.

The report’s researchers urge Puerto Rico’s government to develop a broader plan beyond school closings to deal with the falling numbers of young children and working-age adults.

The island has had 265 public schools close. Currently, 855 schools remain open, but this is a sharp decline from the island’s peak of 1,515 open schools in 2006.

SUGGESTION: Class Dismissed, a CTLN special series on how the Puerto Rican community is dealing with the massive school closings.

The island’s rural areas have seen a disproportionate number of schools closing — 65 percent compared to 35 percent in urban areas.

Edwin Melendez, the center’s director, said, “The question is, how do we make the closings of schools more rational so that we attend to the needs of rural communities, and closing is not just based on considerations of costs and participation?”

Melendez and the report’s other co-authors recommend that the island’s government rethink how it is closing schools and take a more holistic approach that also considers other demographic changes.

“We need a more holistic and comprehensive focus in order to appropriately respond to these trends and consequences,” Melendez said.

The researchers urged Puerto Rico’s leaders to come up with a master plan for schools, use the closed schools for distance and adult education, or transform them into community centers or “resiliency” centers for future hurricanes and other climate-related issues.