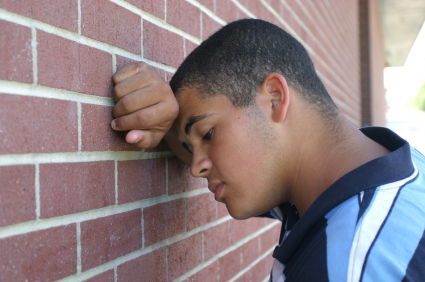 Wendy Carilllo
BuzzFeed
As Ferguson, Mo., has become a flashpoint for fury and distrust between the black community and law enforcement after the death of Michael Brown, Latino organizations on Friday began to come out and express solidarity with the Brown family and those protesting on their behalf.
Leaders of the National Hispanic Leadership Agenda, a nonpartisan association of 37 of the leading Latino organizations across the country, sent BuzzFeed statements on Brown’s death.
“Mothers of color should not have to fear that our children will not be safe in our neighborhoods and city streets,” said Jessica González-Rojas, Executive Director at the National Latina Institute for Reproductive Health. “The militarization and violent conduct, whether of police or immigration enforcement officials, are issues of human rights and racial justice, and warrant full investigation and accountability measures. My deepest condolences to Michael Brown’s family and all communities facing state violence.”
José Calderón, President of the Hispanic Federation, said Latinos – like Americans of all backgrounds – are collectively outraged at what transpired on the streets of Ferguson.
He said they “stand with all who call for a swift, just investigation to determine how another unarmed black young man was killed by those who are given the solemn responsibility to protect and serve all of us.”
Juan Carlos Areán, Senior Director of Casa de Esperanza: National Latin@ Network, an organization committed to ending violence, said he commended the recent shift in tone towards a response that values and includes community participation. Areán cited the change in security leadership when St. Louis police were pulled from Ferguson streets and Captain Ron Johnson of the Missouri Highway Patrol was put in charge of the law enforcement response.
Brent Wilkes, executive director of the League of United Latin American Citizens (LULAC), said his organization will be vigilant in ensuring that justice and accountability are served.
“Our prayers go out to Michael Brown’s family and friends who, instead of planning a graduation party, are planning his funeral. The pain and anguish of losing a child are unimaginable, especially when the child was taken at the hands of those sworn to protect and serve the community,” he said in a statement.
A spokesman from National Council of La Raza (NCLR), one of the top national Latino organizations, was not available for comment at the time of publication. [NiLP Note: NCLR was listed as a supporter of the NHLA statement on Ferguson.]
Immigrants rights organizations also expressed support, many feeling that it was appropriate for them to join in solidarity with a community – black Americans – who they say have been fighting criminalization for far longer.
“We’ve been fighting really hard to get the president to stop deportations and that has been a criminalization of immigrants and Latinos. It’s high time we join forces with communities that have been fighting police brutality and mass incarceration for far longer,” Marisa Franco of the National Day Laborer Organizing Network (NDLON), told BuzzFeed. “Mike Brown is not the first, but the latest in an epidemic of violence. We say, not one more black person murdered by police, not one more struggle fought alone, not one more life criminalized as we continue our struggle for not one more deportation.”
Felipe Sousa-Rodriguez, deputy managing director of United We Dream said it stands in solidarity with the Brown family and with the African-American community “for whom tragedies like this happen much too often.”
Marielena Hincapié, executive director of the National Immigration Law Center, said that especially since 9/11, too much of the focus has been on national security, while African-American communities have been over-policed.
“The level of mistrust and distrust that has been sown, whether against a black man or a ‘suspicious’ undocumented person, is the same with racial profiling, discrimination, and violence,” she told BuzzFeed.
To read the full story:  http://myemail.constantcontact.com/NiLP-FYI–Latinos-and-Ferguson-.html?soid=1101040629095&aid=cZNux7jPVi0

'Latino Policy Day' At Capitol Building On Past Success

Bill Sarno CTLatinoNews.com Having successfully rallied to ward off several attempts to diminish state financial support for the nonprofit agencies that serve many in...